For those of you not old enough to know or care, the machine that goes ping is from a comedy sketch by Monty Pythons flying Circus (a so called comedy programme from the 1970s). 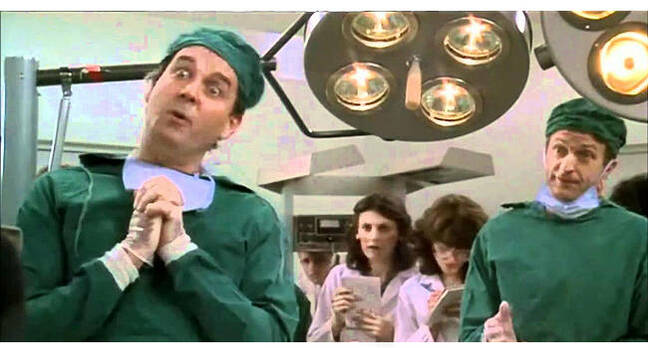 Anyway a flow cytometer is a tool used by immunologists to look for the expression of markers on a cell and so you can work out populations of cells say in a blood sample.


You take a cell suspension and get them to get sucked into the machine in single-file and then you shine a laser on them and the laser gets bent depending on the size and granularity of the cell. You can also add a glow in the dark marker, shine the laser light and it glows and there are detectors to count the intensity and other sensors to do the counting. 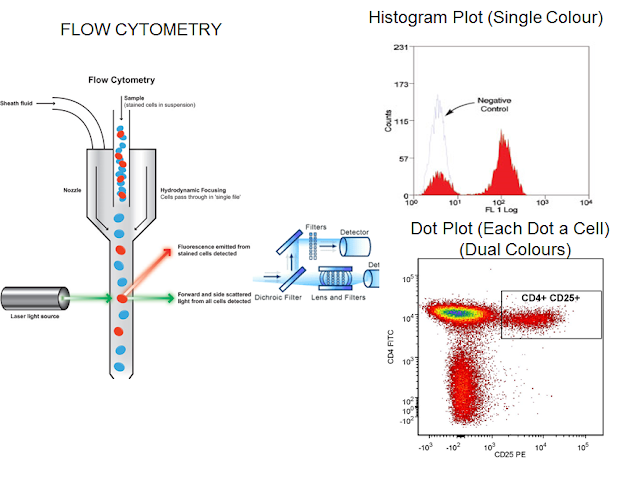 In the example above you have a positive and negative population (top right) and in bottom right it is activated T or T regs CD25+, CD4+.


What you do is you draw “gates” where the negative population is
and then you can work out the percentage.  These are seen as lines on the graph)


Mostly people use flourescent beads to do this or negative cells, but sadly some people don;t use common sense when they do this.


I have put a gate (black lines) to shown 4 populations a negative an single positive along bottom and on the left hand side another. There is double population with is top right.


Here was can say that is 10% of the total. So in this population there are 10% of cell that express both markers.


Now in the right hand picture we show “drawing a gate by numbers” such as would occur when you use the beads to define the negative populations and when you use no intuition.


So now the gate cut through what is obvious a single population of cells and so there are now 20% cells in top left. Same cells but rubbish analysis! 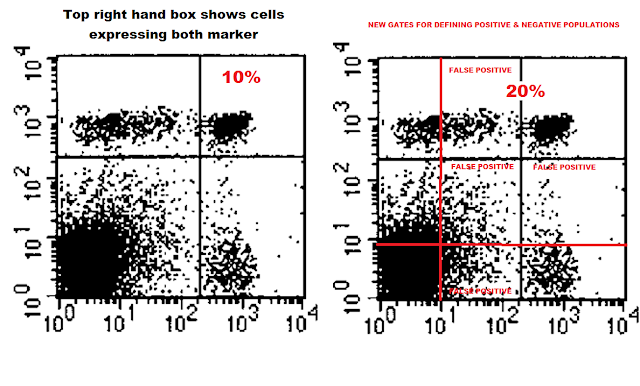 Don’t believe me……Next time you look at a paper with flow cytometry look to see if you can see this.


Send it in we can give them an altmetric they won’t want:-).


However,the important thing is to remember the analysis is a based on a proportion. Is this important. Yes it is Read below