#Clinicspeak. Ocrelizumab as an Induction therapy a trial that needs to be done?


So the paper (above) CLICK HERE suggests that B memory cells are a major target for therapy and suggests that ocrelizumab may work like alemtuzumab and so this suggests that CD20-B cell depletion may have induction therapy potential.

This is supported by Data that Pharma hold and this is the shocking revelation of the current paper.


Why shocking? This is because many/most neurologists will not be aware of this data and its implications.


I have asked a few and indeed they didn’t know about this! 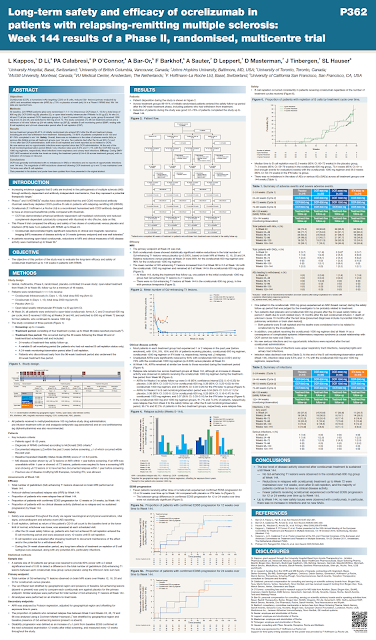 It is shocking, that many senior authors have helped pharma, dump the information in meetings abstracts. Never to surface in the Science literature.

Indeed, it has been over 4 years since the data was presented and so there has been ample time for a paper to surface, had the company wanted it, and had the presenting authors done the right thing.


(Yes ProfG is guilty of the above as he is on many pharma posters that have yet to surface in the literature. Two wrongs do not make a right)

A few weeks ago someone, from the blog sent details (thanks for that) of  the original poster. Here is the QR code 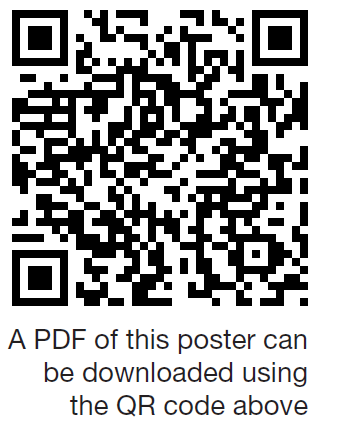 The inference is clear, very clear and this is that…. ocrelizumab is an induction therapy or PIRT, or at least a therapy with long-term efficacy, which may not need to be dosed every six months.


Here is the data presented (Figure 4) 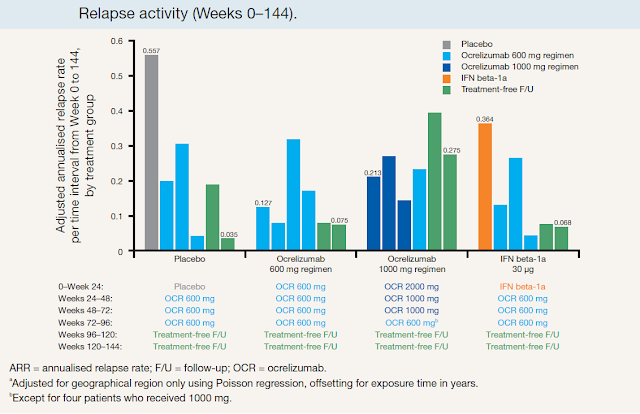 On a population level many people were still doing very well 18 months after the last dose.


This type of response has also been seen with Rituximab in other studies. Maybe the Neuros in Sweden can trawl through their registry to see if they can come up with any data as they have alot of people taking rituximab.


Therefore, it suggests that 6 monthly dosing may be too often, at least for some people?


This is important because Ocrelizumab, use is not risk free.


Development of ocrelizumab in arthritis and lupus was terminated because of very serious infections and this caused a number of deaths.


By persistently depleting your B cells (and some T cells) you have a persistent risk of infections. These will occur once ocreliziumab becomes licensed. Therefore, it is important that use of ocrelizumab should be de-risked if possible.


The dosing regime is based on a 6 months dosing period because CD19+ B cells are depleted for 6 months. This keeps all CD20+  B cells under control.


However, if you accept that memory B cells are important targets, they are depleted in some studies for over 24 months in some people. So 6 monthly dosing could be too much?


Can you use memory B cell numbers as a way to determine retreatment? They have in other diseases.


Given the risks of ocrelizumab, surely a trial should be performed to determine whether ocrelizimab is indeed a (PIRT) Induction Therapy to make it safer for pwMS.

Maybe there is a good reason for frequent dosing in MS.