Effects of Acupuncture on Gait of Patients with Multiple Sclerosis.

Science and logic are my great escapes. Alternative medicine is the antithesis of this, a world stuck in the past. Much to my chagrin, alternative medical practitioners also display a
certain arrogance in their practice, and have no desire to explain
their practice beyond that of sensationalism and soothsaying! The difference between success and failure in this day and age, as the world faces seismic changes due to globalisation, is adaptation.

So, why am I bothering to post on this?

Simple really. If I had control over one thing in life, it would be to banish cynicism as an entitlement of the educated. I hope you’d agree when I say cynicism is unworthy of a liberal mind, and leads to passive aggression that triggers a rejoinder of equal malice.

The author, Maria Criado, in a paper which makes up her thesis has designed a cross-over, randomized control trial (i.e. has a sham arm and both arms either get the treatment or sham in different orders) of acupuncture in a small cohort (20) of relapsing-remitting MS subjects. She uses timed 25-foot walk (as well as tandem walking times over the same length), which is an objective measure of walking ability in MS.

With acupuncture she reports a 95% improvement in walking times compared to 45% in the sham group (placebo effect). I might add that this is better than that of fampridine (of course, fampridine has been tested in larger sample sizes than this). This doesn’t require statistics, a change of >20% is considered to represent reliable change.

The Heidelberg model used in this study unifies traditional Chinese medicine with contemporary medical-scientific knowledge (for example, microcirculation, neural pathways etc). Acupuncture (see Figure 1) forms part of this. The conduits in acupuncture are the information pathways that connect the body (top/bottom, left/right, interior/exterior, and all of them together). When a tissue, or organ is imbalanced, information of the abnormality is passed through specific areas of the body, called reflex points (acupoint) or information zones. There are 324 acupoints, of which 323 have innervation of cranial and spinal nerves. The anatomic localization of the acupoints used in the study are shown in Figure 2. Sham acupuncture used points outside of the conduit points. 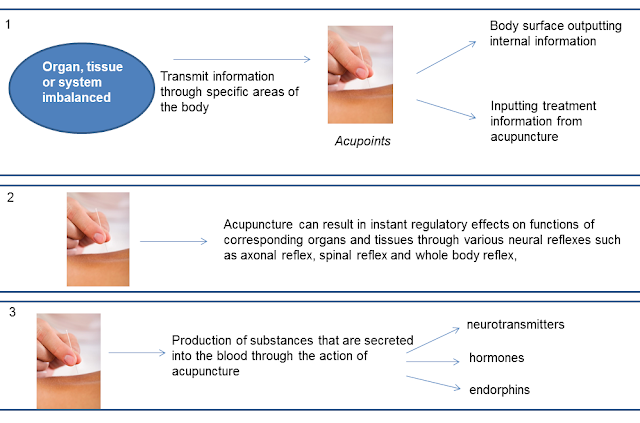 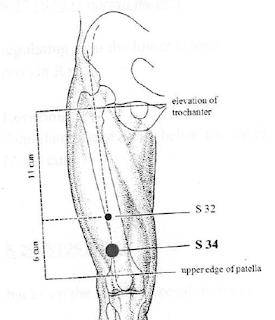 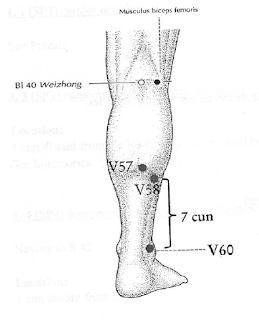 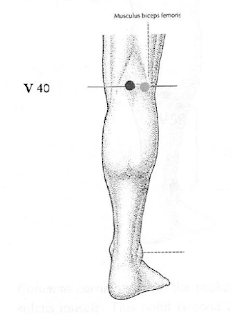 These findings needs to be replicated in a much larger sample size. By demonstrating an improvement in an accepted measures of disability, acupuncture enters as a true contender in the MS therapeutics arena. Potential confounders, such as day-to-day variability in walking ability, impact of fatigue, pain symptoms and male:female differences also need to be considered in future studies. However, by undertaking a randomized controlled trial, Maria Criado demonstrates that it is possible to put alternative medicine through the same rigors as a conventional drug trial.