If you look at comments Yestersday in Dropping ProgG.s marbels.  We came up with a term LAL to describe some neurologists 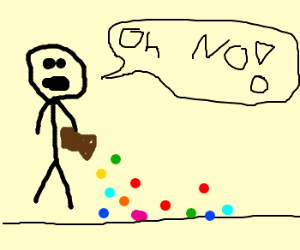 May I suggest an alternative subliminal reason not to use alemtuzumab not because of high cost but because of high maintainence as people taken alemtuzmab have to be managed and have blood tests every month and urines every few month.

Maybe it is they are simply being Lazy……..Again:-)