Has MS impacted on your life in a positive way? #GuestPost #MSBlog

In an effort to make the blog ‘more interesting’ we are trying to encourage more guest posters including pwMS doing amazing things  with their hands and arms (#ThinkHand). Please let us know what you think of including pwMS as guest bloggers?


It was 2009 that photography became my saving grace. That was the year my father was diagnosed with Motor Neuron Disease (MND).

Towards the end of my 2nd and into my 3rd year of my photography degree I created two volumes of work; ‘Railing At The Enthrallment to The Failing of The light’, part I and II, which documented my family’s life as they and I came to terms with the pronouncement of my father’s MND.


After graduating, my creative practice lapsed between 2011 and 2014. I had focused my energy on capturing and presenting my father’s diagnosis in both a truthful and loving way, but the process dulled my creativity. It wasn’t until I was dealt with my own diagnosis of Multiple Sclerosis (MS) in 2013, aged 31, that my creativity began, ironically, to flourish and bounce back again.


A few months after diagnosis my MS Specialist Mental Health nurse introduced me to George Pepper, Co-founder of Shiftms, a social network for people with MS. I became closely connected with the Shiftms team and in August 2014 I was invited to create a new body of work in response to their #GoodOutofBad (#GOOB) commission, as part of their MS Energy initiative. With this, ‘Perceiving Identity’ was created, which launched my photography back into the public domain with the #GOOB exhibition in London, February 2015. 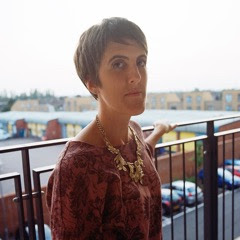 After relocating from London back to Scotland, April 2015, and in May of the same year, I won an Artist in Residence in Glasgow at Six Foot Gallery and sponsorship from Street Level Photoworks, for the month of July. It was during this time that I created ‘Awakenings’; inspired by Oliver Sacks book, of the same title, that illuminates the relationship between body and self. The project launched as a solo exhibition at the end of the residency.


July 2015 was a month that tore me apart physically and mentally. So many transitions had taken place in my life in such a short space of time. My body and mind were bearing the brunt of all those changes. There was nothing I could do to escape its overwhelming presence, but to turn to my camera. It was a passage to forget, to gain clarity, resilience; to break free from the numbness of living with MS.


MS always changes. It never stays the same. I’m not trying to document it. It’s impossible to do that with MS. It’s an intangible disease for those without the experience of it and to try and help them understand. I have to engage with what I’m feeling to portray the experience of having the condition.


‘Perceiving Identity’ and ‘Awakenings’ are photographic journeys that explore my feelings of uncertainty, fear, loss and liberation, intuitively delving into and questioning the notion of neurological ‘lack’.


For me, photography is painting with light. I was never really skilled at painting in the traditional sense, nor was I skilled at other creative mediums. Photography has enabled me to skillfully explore my creativity. Providing me with a tool to better understand and work through such events in my life. It has been a means of artistic expression and catharsis.


‘Perceiving Identity’ and ‘Awakenings’ correlate to my earlier art and portrait photography; Fragility and Primacy Subject, which deal with fragility, image and desire, and power relations between subject and observer.


Using photography, I aim is to reach out and help the general population, patients and health professionals to tell and engage with complex and unique stories of illness through the use of visual language. With this, I hope that people will better understand such conditions as MND or MS on a person centered level.


Hannah Laycock was born in Forres, Scotland. She Lived in London and Brighton for 10 years and returned to the Highlands of Scotland in Spring 2015.


Hannah studied photography at the University of Brighton. Her latest project, ‘Awakenings’, documents her diagnosis and subsequent experiences of living with multiple sclerosis; select images are currently showing at Glasgow Women’s Library as part of the women’s photography collective WildFires. Her work has been recognised in international competitions such as International Talent Support, Italy, and has appeared as the cover piece, including an extended essay written about her work, in the BMJ’s Medical Humanities journal in February of this year. She has also been interviewed about her work, multiple sclerosis and motor neuron disease for BBC Radio Scotland.


‘More Than An Image’ campaign feature about the power of photography for Wex Photographic. Alongside Humanitarian photographer, Giles Duley.