Experimental autoimmune encephalomyelitis (EAE) has been used as an animal model of multiple sclerosis to identify pathogenic cytokines that could be therapeutic targets. Granulocyte-macrophage colony-stimulating factor (GM-CSF) is the only cytokine reported to be essential for EAE. We investigated the role of GM-CSF in EAE in C3HeB/FeJ mice that uniquely exhibit extensive brain and spinal cord inflammation. Unexpectedly, GM-CSF-deficient C3HeB/FeJ mice were fully susceptible to EAE because IL-17 activity compensated for the loss of GM-CSF during induction of spinal cord-targeted disease. In contrast, both GM-CSF and IL-17 were needed to fully overcome the inhibitory influence of IFN-γ on the induction of inflammation in the brain. Both GM-CSF and IL-17 independently promoted neutrophil accumulation in the brain, which was essential for brain-targeted disease. These results identify a GM-CSF/IL-17/IFN-γ axis that regulates inflammation in the central nervous system and suggest that a combination of cytokine-neutralizing therapies may be needed to dampen central nervous system autoimmunity. 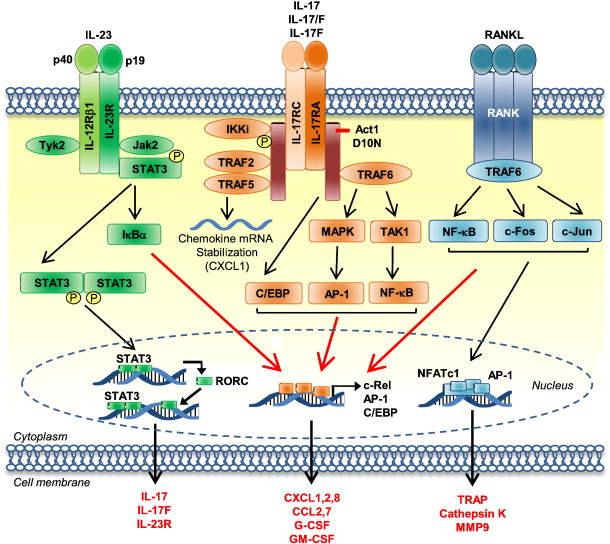 Mouse EAE appears to be increassingly complicated. Ideally we will shoe-horn the findings in humans into mouse biology, but it has to be said one can try change the view of human biology so it fits with the mousers data.

In this study they report that a cocktail of cytokine is needed to promote brain disease, which is mediated by neutrophils.

In this study it shows the effect of removal of a cytokine called GM-CSF depends on the strain of animals used and suggests that a cocktail of inhibitory cytokines will be needed to stop disease.

I suspect this is a case of dream on.

Cytokines are produced in balance and block one may influence others, blocking three is probably going to be be a nightmare in the clinic. So don’t hold your breathe.


Would you pay serious bucks for three expensive treatments