Do you have benign MS? If yes, why? #ResearchSpeak #MSBlog

The restrospective study below suggests the prevalence of benign MS is going up. This is good news and I suspect is due to many factors:

1. Ascertainment bias; diagnosing more people with MS who would not have been diagnosed in the past. This is driven by greater access to neurologists and imaging technology. Another factor is the ‘Dr Google’ effect. When you search online using a lot of non-specific symptoms MS often comes up on the list of possible causes prompting people to seek a neurological opinion. This is not a bad thing as it should lead to an earlier diagnosis.

2. Change in diagnostic criteria, which allows one to diagnosis MS earlier. This causes the so called Will Rogers phenomenon. “Will” Rogers (November 4, 1879 – August 15, 1935) was an American cowboy, performer, humorist, social commentator and motion picture actor. He was one of the world’s best-known celebrities in the 1920s and 1930s. The Will Rogers phenomenon is obtained when moving an element from one set to another set raises the average values of both sets. It is based on the following quote, attributed (perhaps incorrectly) to Will Rogers: “When the Okies left Oklahoma and moved to California, they raised the average intelligence level in both states.” The effect will occur when both of these conditions are met: (i) The element being moved is below average for its current set. Removing it will, by definition, raise the average of the remaining elements; (ii) the element being moved is above the current average of the set it is entering. Adding it to the new set will, by definition, raise the average.The paper by Sormani and colleagues has shown this very elegantly in the case of MS (Sormani et al. Will Rogers phenomenon in multiple sclerosis. Ann Neurol. 2008 Oct;64(4):428-33.). 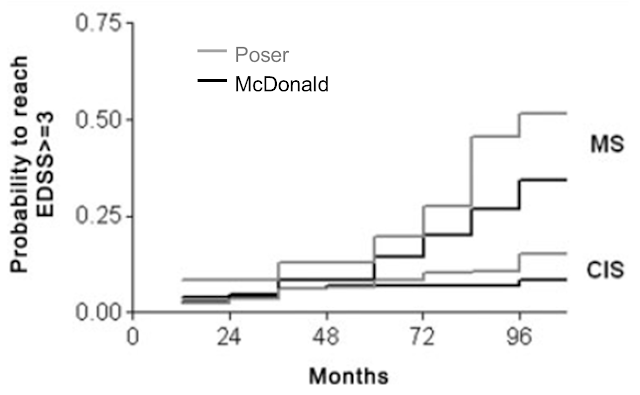 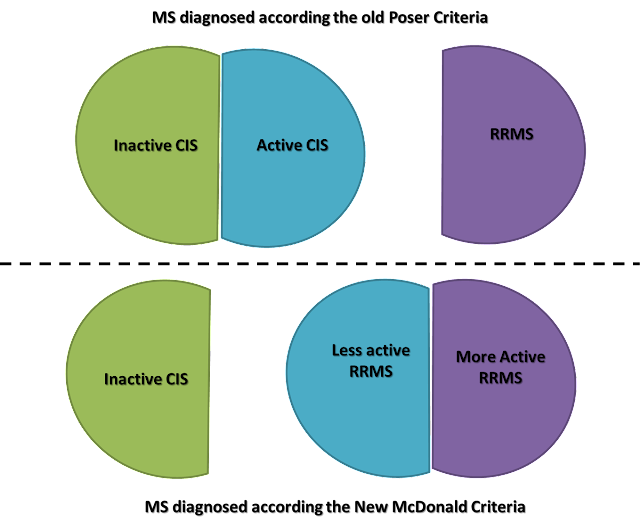 As a result of the Will Rogers Phenomenon we cannot use historical controls for MS trials. Each change in the diagnosis of MS alters the prognosis. Therefore in clinical trials we need contemporary placebo of control groups.

3. The effect of DMTs. Could it be that the treatment of MS is increasing the proportion of pwMS who fulfill the current definition of benign MS?

Objectives: The objective of this study is to compare benign MS patients (EDSS ≤3, 10 years from disease onset) who still fulfilled the definition at 20 years to those NLB.

Results: In our retrospective study based on Ottawa Hospital MS Clinic database, 175 benign patients fulfilled the inclusion criteria (clinically definite MS, EDSS ≤3 at 10 years, disease onset from 1983 to 1993, and clinical assessments performed at 10 ± 1 and 20 ± 1 years from onset). Out of the identified patients, 66.3% remained benign at 20 years; however, by changing the definition for benign to EDSS ≤2 or ≤1 at 10 years, they increased to 71.9 and 81.6%, respectively. Female sex, EDSS ≤1 at 10 years, and a pure sensory onset were associated with a benign course, while a pure motor onset with an NLB condition.