There is a real move to suggest that the influence of the immune system is because of bacteria in the gut. Every science meeting has a session on it.

The following is one example, but as I get airbrushed out of history I am not so sure it is all so simple

Chitrala KN, Guan H, Singh NP, Busbee B, Gandy A, Mehrpouya-Bahrami P, Ganewatta MS, Tang C, Chatterjee S, Nagarkatti P, Nagarkatti M.CD44 deletion leading to attenuation of experimental autoimmune encephalomyelitis results from alterations in gut microbiome in mice. Eur J Immunol. 2017 May 23. doi: 10.1002/eji.201646792. [Epub ahead of print
Dysbiosis in gut microbiome has been shown to be associated with inflammatory and autoimmune diseases. Previous studies from our laboratory demonstrated the pivotal role played by CD44 in the regulation of experimental autoimmune encephalomyelitis (EAE), a murine (They mean mouse) model of multiple sclerosis (I bet the people doing marmoset studies would like to think they do EAE studies). In the current study, we determined whether these effects resulted from an alteration in gut microbiota in CD44KO mice (CD44 is a molecule on white blood cells that gets upregulated in memory T cells. This binds to hylauronic acid which gets deposited in lesions). 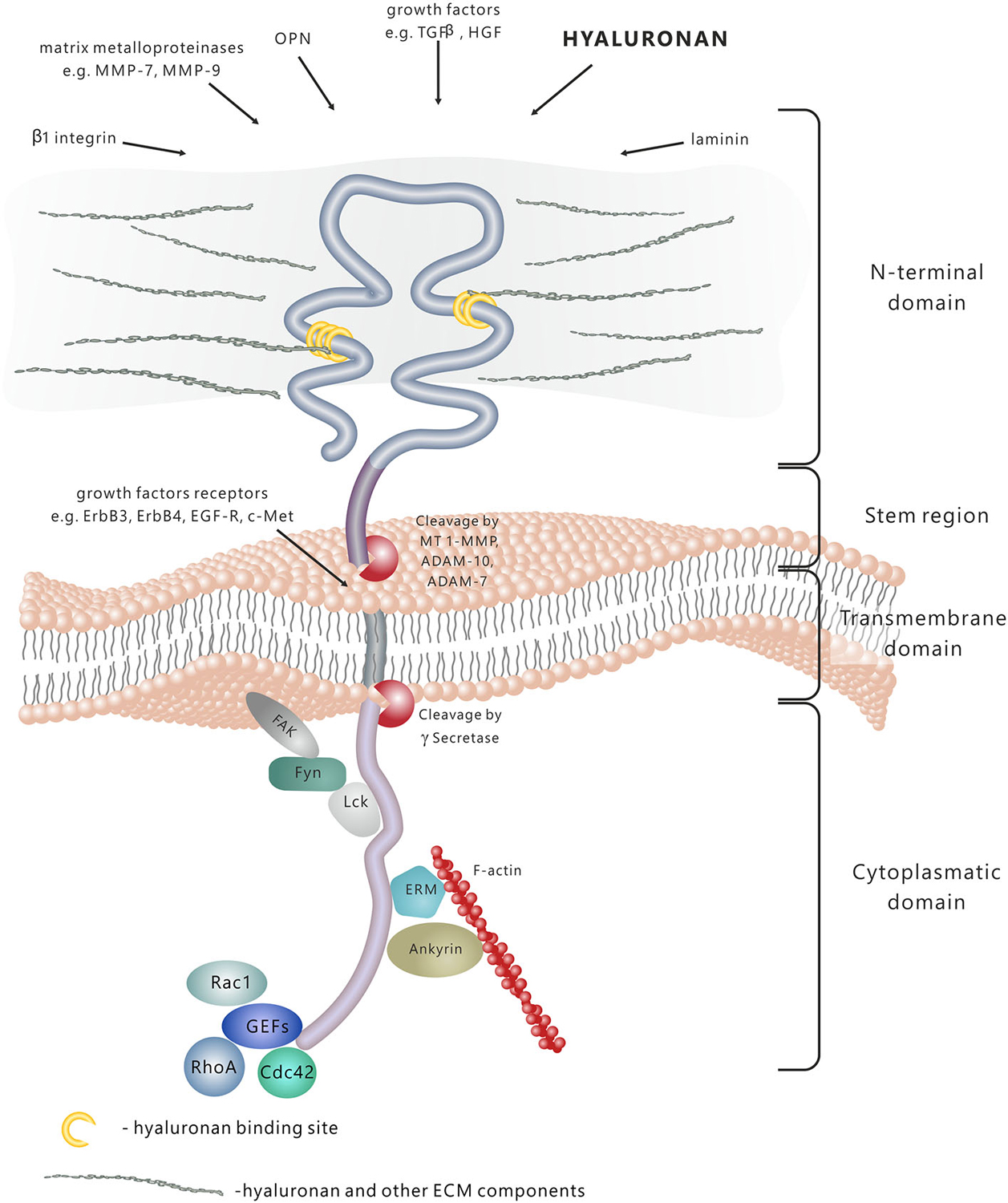 This study implies that CD44 is important in determining the outcome of EAE. We and others showed that administration of CD44-specific antibodies blocked EAE development. I worked within a few hours amd we took cells that we could track and injected them into another mouse with EAE and showed that the cells could go into the spinal cord and lymph gland. We used a CD44-specific antibody such that it made the CD44 shed from the surface and then we injected the cells into mice with EAE and whilst it did not stop cells going into the lymph glands ( they use CD62L to get into lymph glands, but they did not migrate into the brai, suggesting to us that CD44 was involved in homing of memory cells into inflammed tissues.

Brennan FR, O’Neill JK, Allen SJ, Butter C, Nuki G, Baker D.CD44 is involved in selective leucocyte extravasation during inflammatory central nervous system disease. Clinical signs of experimental autoimmune encephalomyelitis (EAE) are associated with the selective recruitment of CD4+ memory (CD45RBlow CD44high) T cells into the central nervous system (CNS). However, we have found that many of these recently recruited memory cells are CD44low, suggesting that the CD44 antigen may be involved in, and transiently lost during, the extravasation process. Indeed, administration of a CD44-specific antibody (IM7.8.1) induced leucocyte CD44 shedding and both prevented the development and ameliorated the severity of established EAE by inhibiting mononuclear cell infiltration into the CNS. Trafficking of cells into lymph nodes, however, a property mainly of naïve cells, was essentially unaffected. In contrast, treatment with antibody to very late activation antigen-4 (VLA-4) prevented homing to both the CNS and to lymph nodes. This study contests previous reports that dismissed a role for CD44 in inflammation of the CNS and, coupled with observations in murine dermatitis and arthritis, suggests that CD44 is involved in the homing of primed lymphocytes to sites of inflammation. CD44 should therefore be considered a target for immunotherapy of T-cell-mediated inflammatory diseases, such as multiple sclerosis.Immunology. 1999;98(3):427-35

How much bacteria involved in that experiment


Science is about re-interpretation of existing knowledge in the light of noew knowledge, so we re-invent the wheel, however I wonder if we sometimes make it square, when we pigeon-hole work into dogma