This year the American Academy of Neurology (AAN) conference was held at the Boston Convention & Exhibition Center, South Boston, MA. Nearby, in the Boston Harbor are the Boston Tea Party Ships & Museum; for those of you who are unaware of the history between the Brits and the Americans on this one – it makes a riveting read. A few parallels can even be drawn to the current trade agreement being negotiated by the UK with the US in the wake of ‘Brexit’. Despite the history of Boston, it is ironically also known as the most British of American cities (also known as New England’s gateway city), and people queue…


But I digress, what of AAN? For those of you who have been following my live tweets, you’d have a fair idea of the highlights:


In RRMS (relapsing-remitting MS) Phase 2 BOLD study, siponimod 2mg reduced active MRI lesions at 3mth by 72% and annualized relapse rate at 6mth by 66%. A further study has now been done in SPMS. It is a randomized, placebo-controlled (i.e. there was dummy arm) study with time to 3-month confirmed disability progression (CDP) assessed by EDSS (disability scoring system) as its primary endpoint. Efficacy was reported as a hazard ratio, which quantifies the risk reduction under siponimod treatment versus dummy treatment.

The subjects included in the study were aged 18-60y, had prior RRMS, were SPMS (defined as progressive disability of at least 6mths in the absence of relapses or independent of relapses), EDSS score of 3.0-6.0 [these criteria will define future licensing of siponimod]. The EDSS scores were matched between the two arms, as was the number of Gd+ lesions, but the siponimod arm tended to have less relapses in the 2y prior to screening than the dummy arm (64 vs 80%).

Outcomes: Time to 3mth CDP; risk reduction of 21% in the siponimod arm. This was influenced by the number of relapses 2y prior to screening (i.e. favored siponimod in this study). However, the timed 25foot walk at 3mth (as confirmed worsening by ⋟20% from baseline) was not significantly different between the two arms – this may because of the difficulty walking those with higher disability and the day to day variability in walking SPMS, or simply 3mths is too early to see an effect on walking. When they divided the trial up with those ⋞ EDSS 5.5, there was a trend favoring siponimod in the times 25foot walk, but this was not significant (i.e. the lower your disability the more likely you are to benefit from siponimod). There was an 81% reduction in new and enlarging T2 lesions and 86% reduction in Gd+ lesions in the siponimod arm vs. placebo.


Overall, I feel the siponimod trial outcomes are promising, but I will have to be realistic with my MS patients in saying that they may not see clear objective improvments in the short term.

Background – the ability to differentiate demyelination or non-specific white matter disease (NSWM) due to aging, migraine headaches or small vessel ischaemia is limited in the traditional 2D MRI images of brain lesions. Their objective was to describe MS lesions using 3D imaging and surface characteristics and see whether this can be used to differentiate MS from NSWM. They found MS lesions were more associated with asymmetry and complex surface morphology and were more likely to be multi-lobular and elongated. In addition, protruded and sloped lesions were only observed in MS (see figure below). 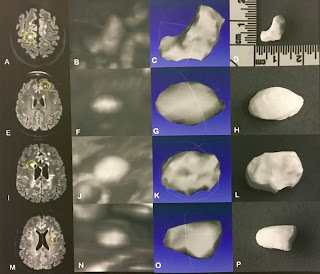 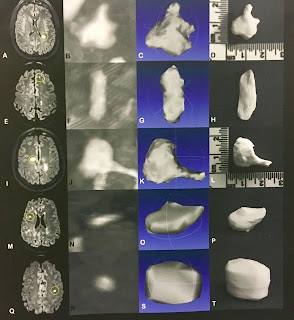 
Although spinal cord lesions pay an important contribution to disability in MS, little is known about them because they are difficult to visualize using conventional MRI. Using high-field MRI (in this case 7T MRI) allows for an improvement in signal-to-noise ratio permitting better delineation of gray (GM) and white matter (WM) areas.

They found over time there is increasing involvement of the spinal cord GM as a result of lesion accumulation and atrophy (volume loss). Although, generally there is contribution from both GM and WM lesions to clinical disability; the degree of involvement of the GM depicted by cross-sectional area is the best predictor of disability. 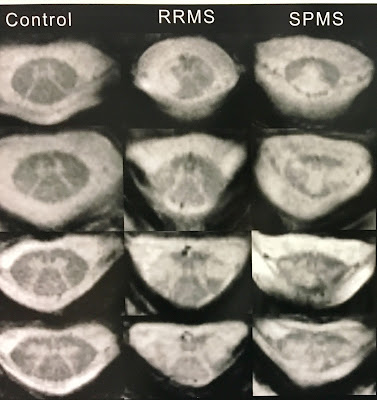 Of course, the findings need confirmation in other population groups. Moreover, the biological mechanism is unclear, but I’ll make a crazy assumption that the exposure risk may be primed in utero!

Now, for those of you already bored reading the above, here are some pictures that I took! 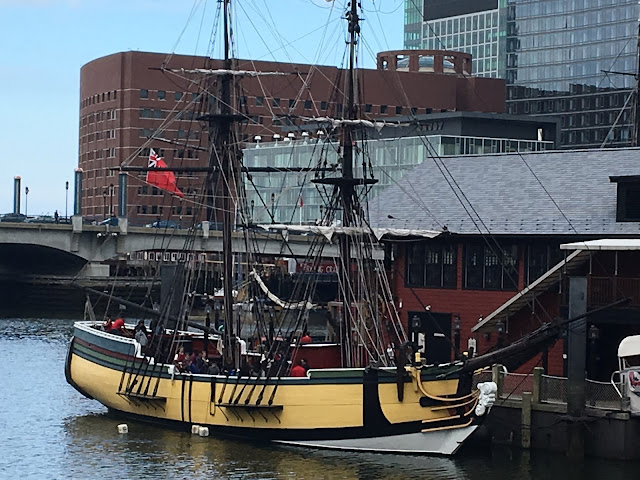 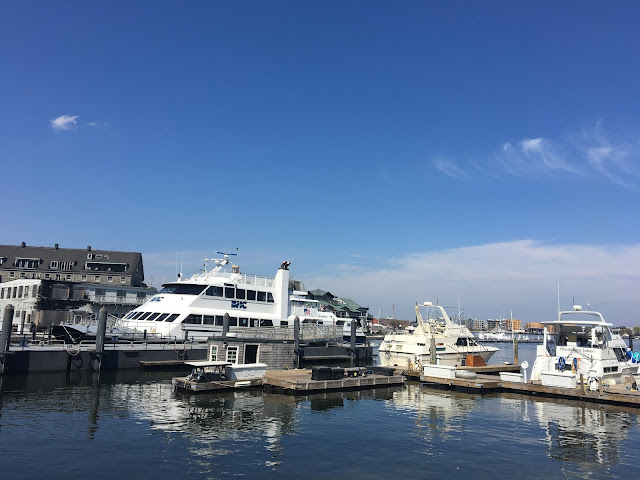 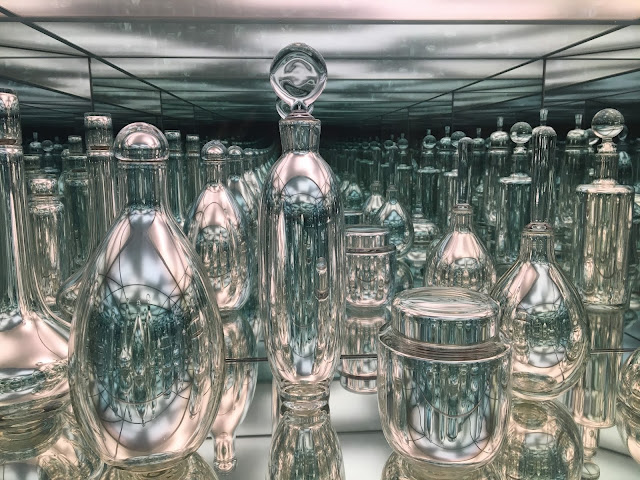 Center piece at the mfa Museum of Fine Arts