Multiple sclerosis (MS) is a chronic autoimmune disease of the central nervous system (CNS) in young adults that has serious negative socio-economic effects. In addition to symptoms caused by CNS pathology, the majority of MS patients frequently exhibit gastrointestinal dysfunction, which was previously either explained by the presence of spinal cord lesions or not directly linked to the autoimmune etiology of the disease. Here, we studied the enteric nervous system (ENS) in a B cell- and antibody-dependent mouse model of MS by immunohistochemistry and electron microscopy at different stages of the disease. ENS degeneration was evident prior to the development of CNS lesions and the onset of neurological deficits in mice. The pathology was antibody mediated and caused a significant decrease in gastrointestinal motility, which was associated with ENS gliosis and neuronal loss. We identified autoantibodies against four potential target antigens derived from enteric glia and/or neurons by immunoprecipitation and mass spectrometry. Antibodies against three of the target antigens were also present in the plasma of MS patients as confirmed by ELISA. The analysis of human colon resectates provided evidence of gliosis and ENS degeneration in MS patients compared to non-MS controls. For the first time, this study establishes a pathomechanistic link between the well-established autoimmune attack on the CNS and ENS pathology in MS, which might provide a paradigm shift in our current understanding of the immunopathogenesis of the disease with broad diagnostic and therapeutic implications. 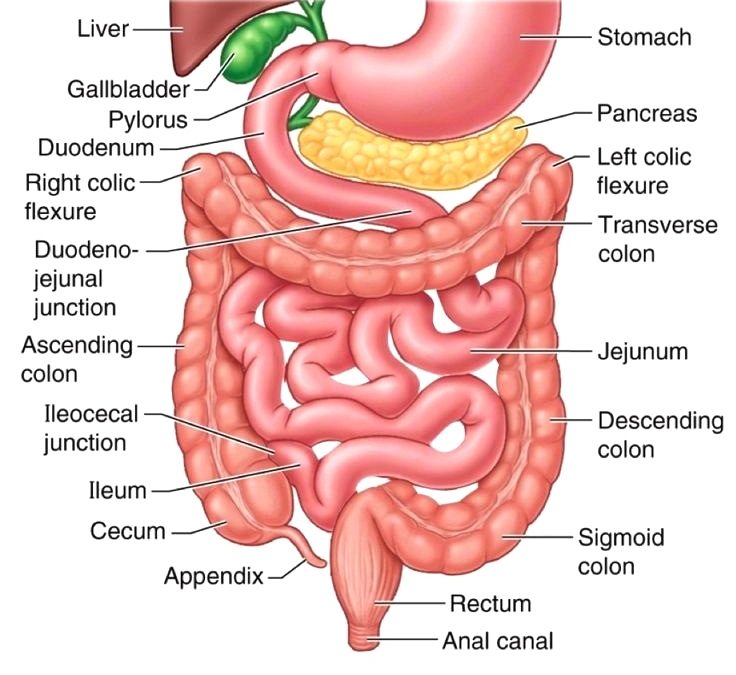 The opening line of the abstract gives a different twist usual science rag, it says that MS makes you poor. It gets weirder from there.

First we had the microbiota and the nervous system.

Did you spot the possible link between the microbiome and autoimmunity after alemtuzumab in our recent paper this week, yes there are hidden gems in there.

Now we are being told it is the enteric (gut) nervous system that’s a problem. We would agree that with time that there are clearly problems with the gut in mice with EAE, and believe it or not we did a project looking at constipation, so in this case we can definitely say the chicken led to the egg. That the gut problems come after the autoimmunity of the CNS.

However, in this study they imply that the gut autoimmunity comes first. They report gut problems before there is evidence of autoimmunity in the CNS in an animal model.  There was significantly less gut motility.

So should we make some students or MD2 count and weigh mouse poohs. It would not be surprising in mice with neurological EAE that there pooh count will be affected, as they eat and drink less when they are neurologically affected, but being a recipient of quite a few mouse number 2’s in my time when holding a mouse, they maintain this function early in the disease course.

They found antibodies that targeted the gut in mice, which were present in some people with MS and there was some gut pathology with MS. If they had made the suggestion that MS was secondary to autoimmunity in lung tissue would this have been found?

But how does this disprove the possibility that lesions in the CNS has led to de-innervation of gut pathways and the effect is secondary to this. You are not going to get an answer against this from studying post-mortem MS years after disease onset.

Objective: To investigate immune cells of the colonic mucosa and faecal short-chain fatty acids (SCFAs) in treatment-naive patients with a clinically isolated syndrome (CIS) or early relapsing MS.
Methods: In this cross-sectional proof-of-concept study, we obtained mucosal specimens during ileocolonoscopy from 15 untreated patients with CIS/MS and 10 controls. Mucosal immune cells were analyzed by FACS, and gas chromatography-mass spectrometry measurements of stool samples served to determine SCFA.
Results: The number of total dendritic cells (DCs), CD103+ tolerogenic DCs, and CD4+25+127–regulatory T cells (Tregs) was significantly reduced in the distal colon of patients with CIS/MS compared with controls, whereas we found no differences in the proximal colon. The patients’ faecal samples also showed a substantially lower content of SCFA and especially lower levels of butyrate and acetate.
Conclusions: Our findings indicate a disturbed homeostasis of colonic DCs and Tregs in patients with MS which could be associated with colonic SCFA depletion. Although not implying causality, these findings confirm parallel abnormalities of the gut in MS and warrant further research if modulation of the colonic SCFA profile or the colonic Treg pool can serve to modify the course of MS.