Multiple sclerosis (MS) is an autoimmune disease of the central nervous system. Most MS patients experience periods of symptom exacerbation (relapses) followed by periods of partial recovery (remission). Interestingly, upper-respiratory viral infections increase the risk for relapse. Here, we used an autoimmune-prone T-cell receptor transgenic mouse (2D2) and a mouse-adapted human influenza virus to test the hypothesis that upper-respiratory viral infection can cause glial activation, promote immune cell trafficking to the CNS, and trigger disease. Specifically, we inoculated 2D2 mice with influenza A virus (Puerto Rico/8/34; PR8) and then monitored them for symptoms of inflammatory demyelination. Clinical and histological experimental autoimmune encephalomyelitis was observed in ∼29% of infected 2D2 mice. To further understand how peripheral infection could contribute to disease onset, we inoculated wild-type C57BL/6 mice and measured transcriptomic alterations occurring in the cerebellum and spinal cord and monitored immune cell surveillance of the CNS by flow cytometry. Infection caused temporal alterations in the transcriptome of both the cerebellum and spinal cord that was consistent with glial activation and increased T-cell, monocyte, and neutrophil trafficking to the brain at day 8 post infection. Finally, Cxcl5 expression was up-regulated in the brains of influenza-infected mice and was elevated in cerebrospinal fluid of MS patients during relapse compared with specimens acquired during remission. Collectively, these data identify a mechanism by which peripheral infection may exacerbate MS as well as other neurological diseases. 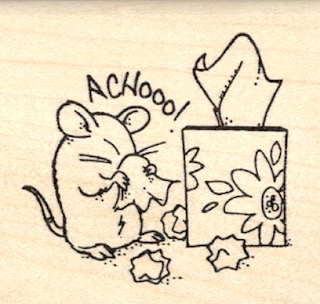 So here we have a mouse stuffed full of T cells waiting to attack the spinal cord and optic nerve and you do nothing and 5% get disease, you stimulate their T cells with the toxin from whooping cough and 100% get disease and here you give a live virus and about 30% get disease. They give a normal mice the flu and they find changes in the genes in the brain suggestive some cellular activation and say a cytokine is involved.. However if they had done anything to stimulate the T cells they would get disease and so the inference in that the paper that flu is a trigger of MS fails down.