Why do we have so many cognitive frailties; e.g. our belief in small numbers? #TeachSpeak


I want to restate what I said yesterday in a comment that the mistake I made, and many others are making, when considering the cancer risk with ocrelizumab is that we are over interpreting data based on very small numbers. To understand this phenomenon I suggest you read the classic, and probably one of the most influential, papers in psychology by Tversky and Kahneman on the ‘belief in the law of small numbers’. The problem with the human brain is that we believe in small numbers. What we really need is slow thinking and large numbers, for that we will have to wait some time for more safety data to emerge regarding rare adverse events.

One of  the reasons for keeping the survey below open so long is that I want a large sample; I need several hundred respondents for the results to have face validity and, obviously, to move away from small numbers. 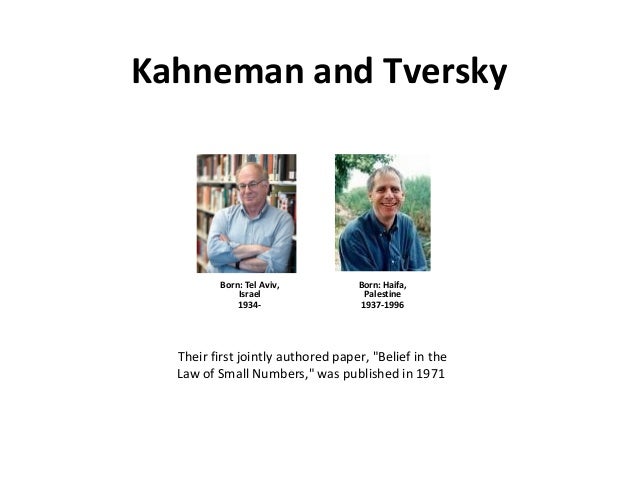 People have erroneous intuitions about the laws of chance. In particular, they regard a sample randomly drawn from a population as highly representative, that is, similar to the population in all essential characteristics. The prevalence of the belief and its unfortunate consequences for psvchological research are illustrated by the responses of professional psychologists to a questionnaire conceming research decisions.