Can we afford not to challenge physical disability as the primary outcome measure in MS trials? #ClinicSpeak #GuestPost

Summary: This study shows that hidden symptoms, in particular, pain, contributed most to pwMS perception of health. The invisible disability associated with MS is more important to patients’ sense of well-being than physical disability.

Which symptoms contribute the most to patients’ perception of health in multiple sclerosis? To answer this question we surveyed 1,865 persons with MS who were seen for routine care at two large tertiary MS centres in the New York metropolitan area. Each PwMS was asked to rate his health on a scale of 1-5 (‘In general, how would you rate your health today? Very good (1) – Good (2) – Moderate (3) – Bad (4) – Very bad (5)), and fill out symptoMScreen. SymptoMScreen asks patients to rate their symptom severity in 11 domains commonly affected by MS: mobility, dexterity, vision, fatigue, cognition, bladder function, sensory, spasticity, pain, depression, and anxiety.

Before reading the results, I would ask you, gentle reader, to stop and ask yourself which symptoms would you rank as being the most impactful on PwMS perception of their health? What would be in your ‘top 3’? The answer from our study was somewhat unexpected: the domain that contributed the most to the perception of health in MS was pain, followed by gait problems and then fatigue. Our work suggests that ‘invisible’ symptoms are as important, or perhaps even more important, to patients’ sense of well-being as the ‘physical disability’ visible to the examiner. These findings call into question the overwhelming emphasis on ambulation and physical disability as the primary, and often the only, outcome measure in clinical trials and observational studies of MS. 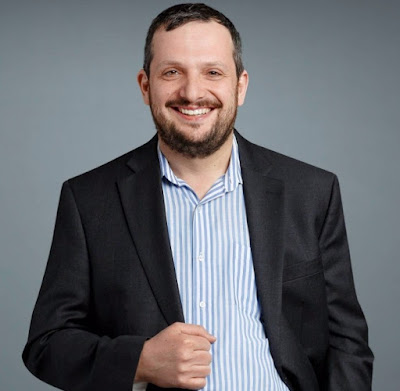 Biography: Ilya Kister, a graduate Mount Sinai School of Medicine, received neurologic training at Albert Einstein College of Medicine in New York and neuro-immunologic training at NYU Multiple Sclerosis Care Center under the mentorship of the late Prof. Joseph Herbert. Dr Kister divides his time between clinical responsibilities at the NYU and Barnabas MS Centers in the greater New York area, and clinical research. He has a special interest in optimizing/personalizing use of MS therapies, symptomatology of MS, and clinical and radiologic course of Neuromyelitis Optica. Dr Kister is Associate Professor of Neurology at the NYU School of Medicine and directs NMO Treatment and Research Program, as well as, MS Fellowship at NYU.

Green et al. Which symptoms contribute the most to patients’ perception of health in multiple sclerosis? MSJ First Published September 5, 2017.

Objectives: To investigate the relationship between symptom severity in 11 domains affected by multiple sclerosis and self-rated health.