There is emerging evidence that the commensal microbiota has a role in the pathogenesis of multiple sclerosis (MS), a putative autoimmune disease of the CNS. Here, we compared the gut microbial composition of 34 monozygotic twin pairs discordant for MS. While there were no major differences in the overall microbial profiles, we found a significant increase in some taxa such as Akkermansia in untreated MS twins. Furthermore, most notably, when transplanted to a transgenic mouse model of spontaneous brain autoimmunity, MS twin-derived microbiota induced a significantly higher incidence of autoimmunity than the healthy twin-derived microbiota. The microbial profiles of the colonized mice showed a high intraindividual and remarkable temporal stability with several differences, including Sutterella, an organism shown to induce a protective immunoregulatory profile in vitro. Immune cells from mouse recipients of MS-twin samples produced less IL-10 than immune cells from mice colonized with healthy-twin samples. IL-10 may have a regulatory role in spontaneous CNS autoimmunity, as neutralization of the cytokine in mice colonized with healthy-twin faecal samples increased disease incidence. These findings provide evidence that MS-derived microbiota contain factors that precipitate an MS-like autoimmune disease in a transgenic mouse model. They hence encourage the detailed search for protective and pathogenic microbial components in human MS.

There is a suggestion that gut bacteria can influence the immune response and may participate in the development of MS. In this study they look at twins where one has MS and the other has not developed MS. They had comparable levels of CD4, Th17 and T regs…so haven’t read our paper then:-)

Memory B Cells are Major Targets for Effective Immunotherapy in Relapsing Multiple Sclerosis. (if you haven’t read it give it a go)

They looked at the microbiome in MS twins and healthy twins and they exhibited comparable microbial community richness (alpha diversity). But if the MS was untreated apparently, people had more Akkermansia, which have been suggested to be regulatory.

Not sure this really passes the Smack you in the eye test.
http://multiple-sclerosis-research.blogspot.com/2015/05/smack-you-in-eye-test.html. Do the two high individuals make it convincing.

So using a different approach sequencing lots of bacteria, they didn’t find any that linked to MS. If you remember our Microbiome expert suggested to find differences you need to look at loads of samples, but not deterred by this. They started feeding extracts of human Pooh to mice. Not you may say mice spend their lives eating SH1.

It did the trick and they got MS-like symptoms. The mice are transgenic and have a single T cell receptor for a single myelin epitope and they get relapsing EAE.

So what does this tell us….Well the belief that Epitope Spread (Epitope spreading (ES) refers to the development of an immune response to epitopes distinct from, and non cross-reactive with, the disease-causing epitope) drives relapsing disease is a bit of duffer.

Many EAEers believe that relapses are caused by immune responses to different epitopes (protein antigen targets for the immune response) going from one to the next in an ordered fashion…. How does a transgenic do this?

The mice do not get disease if they are germ free so they were fed with Pooh extracts and the mice got colonised with the human bacteria and those transplanted with MS pooh got demyelinating disease. They found there was less Sutterella in mice colonized with microbiota in MS pooh. They say this needs repeating to validate this.

But how does this work?. They look at cytokines and found that the mice treated with health pooh produce more IL-10 and they blocked this and now healthy pooh caused more disease.

Is this because IL-10 is a T cell immunosuppressive cytokine….Is it because its a B cell growth and differentiation factor.

Will it get repeated?


The gut microbiota regulates T cell functions throughout the body. We hypothesized that intestinal bacteria impact the pathogenesis of multiple sclerosis (MS), an autoimmune disorder of the CNS and thus analyzed the microbiomes of 71 MS patients not undergoing treatment and 71 healthy controls. Although no major shifts in microbial community structure were found, we identified specific bacterial taxa that were significantly associated with MS. Akkermansia muciniphila and Acinetobacter calcoaceticus, both increased in MS patients, induced proinflammatory responses in human peripheral blood mononuclear cells and in monocolonized mice. In contrast, Parabacteroides distasonis, which was reduced in MS patients, stimulated antiinflammatory IL-10-expressing human CD4+CD25+ T cells and IL-10+FoxP3+Tregs in mice. Finally, microbiota transplants from MS patients into germ-free mice resulted in more severe symptoms of experimental autoimmune encephalomyelitis and reduced proportions of IL-10+ Tregs compared with mice “humanized” with microbiota from healthy controls. This study identifies specific human gut bacteria that regulate adaptive autoimmune responses, suggesting therapeutic targeting of the microbiota as a treatment for MS.

They also had a similar approach to the above study but did, seventy people and seventy healthy controls had their pooh bacteria sequence and they too didn’t find too much different.

Among the genera significantly increased in MS samples were Acinetobacter and Akkermansia, while one of the most significantly reduced genera in MS patients was Parabacteroides, and so they didn’t need to look at the untreated to see an Akkermansia effect, however again the over lap between detection of these bacteria in health and MS overlaps substantially.

The Akkermansia induced a marked TH1 differentiation, in the humans. In contrast Parabacteroides which was reduced in the pooh induced IL-10.

Again a similar experiment was done to above and human and healthy pooh was used to colonise germ-free mice and the MS Pooh caused worse EAE and was associated with lack of IL-10 T cell regulatory function. Interestingly, some of the changes in relative abundance of individual bacterial genera, including a decrease in Sutterella 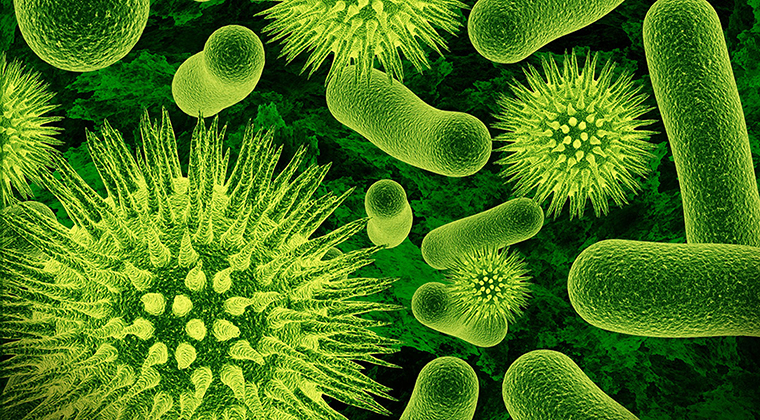 Anyway in conclusion, this is evidence that human microbiota may contain factors that precipitate an MS-like autoimmune disease in a mice MS-models. However, they do not say if you do a faecal transplant it will get rid of your MS.

So if you are tempted to do this and go to a retreat for a colonic clearout, remember to see it as a bit of pampering, and not a proven treatment for MS.

This the beginning of more to come, but probably a large part of the Microbiome section at ECTRIMS2017.

However is this type of manipulation ever going to be enough to get rid of MS?