The Australian state of Victoria has become became the country’s first to legalise assisted dying or suicide. Is dying a better euphemism? 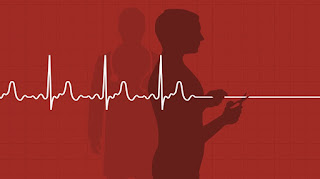 Victoria’s Lower House ratified the euthanasia bill last week. Starting in mid-2019, the law will allow Victorians with a terminal, incurable illness — and, in most cases, a life expectancy of less than six months — to obtain a lethal drug within 10 days of requesting it.

Will MSer ever be able to show they have a life expectancy of less than 6 months?

Victoria joins the Netherlands, Canada, Belgium, Colombia and Luxembourg in legalising euthanasia.  Is euthanasia a better term than assisted suicide or dying?

Several other countries — and states and jurisdictions in the United States, including California, Washington, D.C., and Oregon — have passed laws allowing assisted suicide, in which doctors, in certain cases, may prescribe or suggest a means in which patients may end their own lives, without directly assisting in the act.


The critics will claim society is rejecting disabled people by offering them assisted suicide. I think the critics miss the point of assisted suicide; it is about personal choice. By not legalising assisted suicide you deny people the choice and instead you create a tourist industry in assisted suicide. The tragedy of the latter is that it only the well-off that can afford the trip abroad. In other words, we have a two-tiered system the haves and have-nots. The latter is against the founding principles of the NHS; that is if you consider assisted suicide part of healthcare, which I do.


[I am becoming increasingly appalled about inequality, particularly in healthcare!]


At a personal level, I remain ambivalent about assisted suicide; I want to have the option open to me and my family, but I don’t want to go near it as a healthcare professional. It is clear that the debate on assisted suicide will continue and I suspect it will only be a matter of time before another bill gets tabled in parliament on this issue.

I have a handful of patients with MS who have registered with Dignitas; I had to write factual medical reports for them. To date, none of them has taken up the option of travelling to Switzerland.


I have attended several meetings in the last 12 month that have focused on how to change the behaviour of neurologists, and other healthcare professionals, to allow pwMS more say over their treatment decisions. When I talk at these meeting I tend to present my London Tube Map worldview of MS; i.e. a one-way train trip to the terminal phase of the disease. I have mentioned to you before that one of the major MS Society’s has previously asked me to leave off the terminal stop, in particular, the issue of assisted suicide. Therein lies the problem if you don’t tell pwMS that MS has a terminal phase, and has potential solutions, how can we expect them to way up the risks and benefits of treatment with the risk of the disease?


However, much more important that than the debate about assisted suicide is the issue of dying well. To do this you need to have an advanced directive, or living will, and have discussed things with your family. The latter is very important, in fact, it is critical. If you haven’t done this already I urge you to do it ASAP. It is vital that your family know what you want in the terminal phase of your life and how you want to die. The essay in the NEJM is a good read; it is beautifully written and illustrates why dying well is so important. Please read it and reflect on its message.


….. My father the rancher was stoic and taciturn…..


…… I didn’t want him to suffer. I wanted him to have a good death — something akin to the ars moriendi….


…… Latin for “art of dying,” the ars moriendi is a body of literature that originated in Europe during the 15th century, on the heels of the bubonic plague. Its aim was to provide a practical and spiritual framework for the preparation for death. It outlined prayers and protocols for the dying and for their communities. It emphasized the acknowledgement of human finitude…..
……. My father had never heard of the ars moriendi, but I was certain that it was what he would have wanted. In his living will and in past family discussions, Dad had been clear that he wanted no mechanical ventilation, no resuscitation, and no feeding tubes. And he wanted to die at the ranch, if possible…..


……. We arranged for an ambulance to transport him back to the ranch as soon as possible. “We’re leaving the hospital, Dad. We’re taking you to the ranch now.”…….


……. Removing him from the hospital most likely hastened his death. But the days that remained were rich — and in accord with his oft-stated wishes……


……. Voices soon filled the house; friends and family streamed in and out of his bedroom and paid their respects with quiet words and gestures, but with humour and laughter, too. The parish priest, Father Herman, administered the last rites, and a bedside vigil of contemplation and comfort unfolded for 3 days…….


……. In her book Dying in the Twenty-First Century, Lydia Dugdale asks whether we can revive the ars moriendi, despite our highly medicalized approach to dying. Looking at my dad, in his home, unencumbered by medical technology, I thought we had come pretty close. Here he was, embraced at home by the people who cared for him most. No medical teams on daily rounds, no machines to keep him alive. Just the smell of the plains, the comfort of his own bed, the voices of his loved ones……


…… Near the end of our vigil, my sisters and nieces and I were emotionally weary. As we sat with a neighbour in the living room adjacent to Dad’s bedroom, the neighbour inquired about the piano in the living room and mentioned that she played. “Could you play a piece for us?” we asked. Soon, plaintive, melancholy music surrounded us, soothing our sadness as we prepared to say goodbye to our father……


……. His condition continued to deteriorate, and on Thursday morning, my sister told him, “Dad, it’s a beautiful morning. It’s okay to go now.” Shortly thereafter, his breathing shifted and slowed, and then stopped. We held his hands and one another’s, feeling deep sorrow and a reverence for death……


……. In the year that has passed, I have been thankful to Dad for his foresight in preparing himself and his family for the kind of death he wanted. It was a challenge to resist the medical treatment I knew so well. But in honouring his wishes, we shifted our focus from life-prolonging technology to life-enriching community. And we managed to apply 15th-century principles to achieve a timeless outcome: a good death……