Chicken or egg? Causation or association (reverse causation)? Is vitamin D a DMT or not? Does this study muddy the waters or provide some clarity? 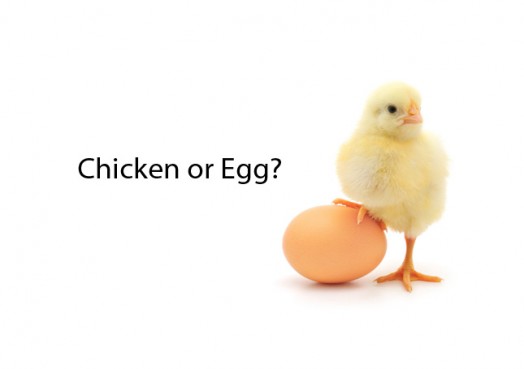 
Low serum levels of 25-hydroxyvitamin D have been associated with worse outcomes in multiple sclerosis (MS) patients treated with interferon-beta. Association of vitamin D nutrition on the outcomes of other MS therapies has been studied less.


Whether patients in the phase 3 fingolimod trials using vitamin D supplements have better clinical, MRI and safety outcomes than non-users.


We observed improved MRI outcomes on percent brain volume change and proportion of patients free of new/enlarging T2 lesions, and a trend of less depression in the ‘daily users’ of vitamin D supplement in patients in the FREEDOMS trials.

Figure: MRI outcomes by vitamin D use in FREEDOMS and FREEDOMS II.


Sometimes it’s difficult to see the wood for the trees. You must travel through the woods again and again, and with luck you may be able to avoid the wolf. Read on and you’ll understand my meaning.

In their introduction, Hongell et al. allude to an influence of vitamin D levels in the B interferon trials. Firstly, in the BEYOND trial (which compares high dose 500 ug IFN- β 1b to standard dose 250 ug), where high levels of vitamin D were associated with less disease activity on MRI, so much so that an increase of 50 nmol/L in blood levels resulted in a 31% lower rate of new lesion formation (Fitzgerald et al. JAMA Neurol 2015; 72: 1458-1465). Secondly, in the Benefit trial, where low blood levels of vitamin D was associated with worse clinical and MRI outcomes in PwMS (Ascherio et al JAMA Neurol 2014; 71(3): 306-314). They believe there to be a synergistic effect between vitamin D and the interferons and possibly even an influence on the therapeutic activity of interferon on relapses.

Armed with this knowledge, the authors (three of whom work for Novartis; the proprietor of fingolimod) have studied the effect of vitamin D use in the pivotal fingolimod Phase III clinical trials; FREEDOMS and FREEDOMS II. Just to be clear this was never a part of the original trial analysis and therefore would be considered post-hoc analyses or a data mining expedition.


They studied the effect of ‘daily’ vitamin D users with that of ‘non-users’ among those who were assigned to either receive fingolimod or placebo (dummy tablet).

What they found was that ‘daily’ users of vitamin D supplements had better MRI outcomes compared to the ‘non-users’. Although, there was no statistically significant difference in the mean numbers of new/newly enlarged T2 lesions, they did note that the proportion of PwMS free of new/newly enlarged T2 lesions significantly favoured the ‘daily’ users from month 0 – 12 and month 0 – 24 (see figure above). Surprisingly, even the percent brain volume change (or brain atrophy/volume loss) was significantly lower at month 12 in ‘daily’ users than ‘non-users’ and remained low at month 24 (although the latter was not statistically significant).

It therefore begs the question – what role did vitamin D play in the much reported favourable outcomes of fingolimod in the FREEDOMS and FREEDOMS II studies? Of course, the answer lies in the detail (or the trees metaphorically speaking) – on how much information was collected in the original data sets. The lack of blood vitamin D levels in the trials is a handicap, which makes these findings even more difficult to interpret.