MS is not considered a hereditary disorder, as there is no specific gene transmitted from parent to child that causes the disease (not yet confirmed! We’ve covered the topic on the blog before). However, around 20% of people with MS report another family member with the condition and the risk differs depending on the degree of relatedness. 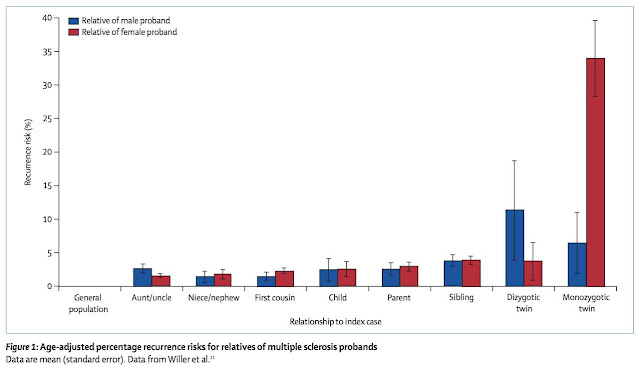 These pwMS have what we call “familial MS” (FMS). Therefore, it is really clear that the genetic component plays a crucial role in determining susceptibility to MS.

To give you an idea of how complex MS genetics can be, more than 200 genes have been shown to affect the risk of developing the disease. As previously posted on this blog, the strongest genetic association in MS is seen with a particular variant of the human leucocyte antigen (HLA-DRB1) gene, termed 1501. HLA is a group of genes in charge of regulating the immune system in humans (read more about that here). Accumulating evidence suggests that people from MS families are more genetically loaded with that variant than sporadic cases.  However, the exact genetic model of FMS is still in draft form. Having said that, a good start would be to estimate its worldwide prevalence, but is it even possible?

Harirchian et al. performed a systematic review and a meta-analysis to address this gap in the literature. The pooled prevalence of FMS was 12.6%, based on data collected from studies including a total of 14,619 pwMS from 1964 to 2014.  They found high heterogeneity between included studies and addressed such substantial heterogeneity using a random – effects model. These results, however, should be interpreted with caution. The heterogeneity across the included studies may have been affected by as many factors as is MS prevalence: study designs, sample sizes and environmental risk factors. Further studies are needed to more deeply explore the sources of such heterogeneity.

The increased risk of MS in relatives of affected individuals is undoubtedly related to genetic factors!  But let’s be clear: Having an MS gene does not mean you get MS and having MS does not strictly mean you pass it onto your children (read more about MS genes).

BACKGROUND: Several studies have suggested that the existence of a history of multiple sclerosis (MS) in family, is one of the predisposing factors for MS. Based on our knowledge, the review and estimation of the prevalence of familial multiple sclerosis (FMS) in the world has not been reported up to now. This study is a systematic review and a meta-analysis of FMS prevalence in the world.

METHODS: Two researchers searched “epidemiology” or “prevalence” or “incidence” and “familial multiple sclerosis” as relevant keywords in international databases such as PubMed, web of science and Scopus up to 2016. MedCalc Version 15.8 was used to estimate the pooled prevalence of FMS. (PROSPERO ID = CRD42016033016) RESULTS: From the 184 total articles found from 1954 to 2016, we pooled and analyzed the data of 17 final eligible studies, according to the inclusion criteria. The prevalence of FMS was estimated as 12.6% within a total sample size of 14,619 MS patients in the world as of 95% confidence interval (CI: 9.6-15.9).

CONCLUSION: We detected significant heterogeneity from Hungary to Saskatchewan for FMS prevalence that was not latitude and ethnicity dependent. This highlighted the accumulation effects of genetic and environment on FMS prevalence. Pooled prevalence of FMS in MS population was calculated 12.6% by random effect in the world.

Please let  me know any questions or comments you may have. 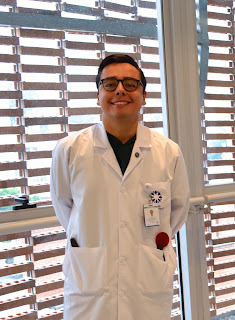