At a continuing medical education (CME) meeting I co-chaired in Vienna, a concept emerged that is silently gnawing away at my consciousness and has changed my thinking.


The concept concerns how we deal with the problem of the radiologically isolated syndrome (RIS) or asymptomatic MS. 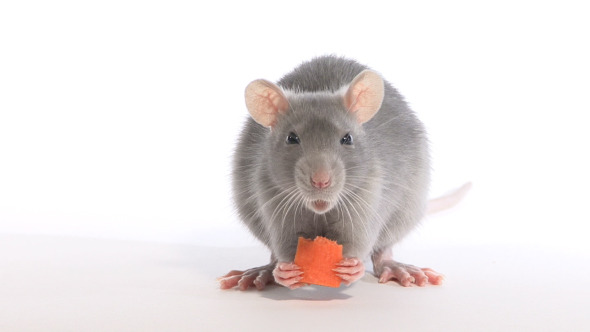 I have openly criticised the New McDonald criteria for not allowing us to make a diagnosis of asymptomatic MS. Why? Because if we buy into the concept of time is brain and our treatment aim is to maximise lifelong brain health then we really need to be able to treat RIS. Why? People diagnosed with RIS, currently a pre-disease state, already have evidence of end-organ damage. People with RIS have smaller brains than age- and sex-matched healthy controls. When you interrogate RISers, about 25% of them already have significant cognitive impairment in at least two domains. In other words, the biological processes that drive MS (‘The Shredder’) are present in the asymptomatic stage. What we then have to rely on is that one of their next lesions occurs in an eloquent pathway to cause an attack so that MS can be diagnosed and only then treated, or not. I say possibly because in many countries early MS, or clinically isolated syndromes (CIS), can’t be treated and the person has to wait to have a second attack. Possibly, a more worrying statistic is that about 10% of people with RIS, who are diagnosed with MS, go onto present with primary progressive MS. This proportion is similar to the proportion of PPMSers in the wider MS population. As you know PPMS is more advanced and less modifiable than MS in the early or so-called relapsing phase (RRMS). I hypothesise that if we treated RIS we may be able to prevent, or at least delay, a proportion of them presenting later with PPMS.


The debate we had at the weekend meeting is that if you have someone with RIS and you offer them a formal neuropsychological assessment and they come back with cognitive deficits can you count this as a sentinel event, or an attack, and diagnose them as having MS? We all agreed that we would still need to show dissemination in time and space, which could now be done using MRI and/or CSF analysis (presence of locally synthesised oligoclonal IgG bands).

I will now argue for using cognition as one of the neurological domains for defining MS. Some of my colleagues disagreed with me, but a lot nodded their heads in agreement. We need consensus on this. Clearly, the implications of #ThinkingCognition are enormous and it will allow one to make a diagnosis of MS in a proportion of patients in the so-called prodromal or asymptomatic phase of MS. The implications of this proposal are to change our diagnostic criteria for MS.


As we start to have this debate in MS our colleagues in Alzheimer’s and Parkinson’s disease have stolen a march on us. They have been disappointed time and again with failed DMT trials. By the time you are diagnosed with Alzheimer’s disease or Parkinson’s disease, it is too late to modify the disease; i.e. you have lost too much brain. Therefore there is a strong move to try and diagnose people with AD and PD before they present clinically. The principle is now so entrenched in the neurodegenerative disease space that most AD trials currently recruiting are recruiting high-risk cohorts with early pathological biomarkers of disease (amyloid-beta imaging and/or positive ApoE4 carrier status).


Up until now, we in the field of MS have been so far ahead of our colleagues working in AD and PD in terms of disease-modification. They have learnt from us that early is better. I am therefore surprised that we are letting them steal our thunder. I am aware that some of you would argue that as MS is not such a disabling disease we can afford to wait. Tell that to the 50% of unemployed MSers with an EDSS of 3.0 or less and also tell that to the 10% of RISers who present with PPMS a few years down the line.


We as a community need to take the ‘Time Matters MS’ mantra seriously and walk the talk. I, therefore, propose that we include cognitive impairment as part of our assessment of someone with RIS and if we find cognitive impairment we use that as evidence of an attack (cognitive relapse) and if they then fulfil McDonald criteria for dissemination in time and space, and other conditions are excluded, they have MS.


If you don’t agree with me let’s start a debate.


Please have your say and complete this short survey.


The 2010 McDonald criteria for the diagnosis of multiple sclerosis are widely used in research and clinical practice. Scientific advances in the past 7 years suggest that they might no longer provide the most up-to-date guidance for clinicians and researchers. The International Panel on Diagnosis of Multiple Sclerosis reviewed the 2010 McDonald criteria and recommended revisions. The 2017 McDonald criteria continue to apply primarily to patients experiencing a typical clinically isolated syndrome, define what is needed to fulfil dissemination in time and space of lesions in the CNS, and stress the need for no better explanation for the presentation. The following changes were made: in patients with a typical clinically isolated syndrome and clinical or MRI demonstration of dissemination in space, the presence of CSF-specific oligoclonal bands allows a diagnosis of multiple sclerosis; symptomatic lesions can be used to demonstrate dissemination in space or time in patients with supratentorial, infratentorial, or spinal cord syndrome; and cortical lesions can be used to demonstrate dissemination in space. Research to further refine the criteria should focus on optic nerve involvement, validation in diverse populations, and incorporation of advanced imaging, neurophysiological, and body fluid markers.


OBJECTIVE: The aim of this work was to evaluate the preprogressive phase in subjects with radiologically isolated syndrome (RIS) who evolve to primary progressive multiple sclerosis (PPMS).

METHODS: A multicenter RIS cohort was previously established. Demographic, clinical, and radiological characteristics of subjects with RIS that evolved directly to PPMS were compared to those that developed a relapsing disease course from onset (clinically isolated syndrome[CIS] or relapsing-remitting MS) and were also compared to two other population- and clinic-based PPMS cohorts.


RESULTS: Of the 453 subjects with RIS, 128 evolved to symptomatic MS during the follow-up (113 developed a first acute clinical event consistent with CIS/MS, 15 evolved to PPMS). PPMS prevalence (11.7%) and onset age (mean ± standard deviation; 49.1 ± 12.1) in the RIS group were comparable to other PPMS populations (p > 0.05). Median time to PPMS was 3.5 years (range, 1.6-5.4). RIS evolved to PPMS more commonly in men (p = 0.005) and at an older age (p < 0.001) when compared to CIS/MS, independent of follow-up duration. Subjects who evolved to PPMS had more spinal cord lesions (100%) before symptomatic evolution than those that developed CIS/MS (64%) and those that remained asymptomatic (23%) within the follow-up period (P = 0.005). Other MRI characteristics in the preprogressive phase of PPMS were indistinguishable from CIS/MS.

INTERPRETATION: Subjects with RIS evolve to PPMS at the same frequency as expected from general MS populations in an age-dependent manner. Besides age, unequivocal presence of spinal cord lesions and being male predicted evolution to PPMS. Our findings further suggest that RIS is biologically part of the MS spectrum.