We know antibodies can cause problems in MS because PLEX works.


Most people who suffer an MS relapse will get better with steroids. Giving steroids in the short term shortens the duration of the relapse, although it doesn’t have an effect on longer-term outcomes. A minority of people (about 5%) will not respond to steroids, and continue to get worse despite high-dose steroid treatment. In these situations, the next line therapy is usually plasma exchange – a technique in which antibodies and other large molecules are filtered out of the blood. Plasma exchange is effective but associated with quite a few risks: it can cause life-threatening clotting disturbances, serious infections, low calcium, cardiovascular and respiratory compromise, and, very rarely, death (about 4 in 10,000 people). As with any risky therapy, it would therefore be extremely valuable to know in advance whether someone will respond to plasma exchange. 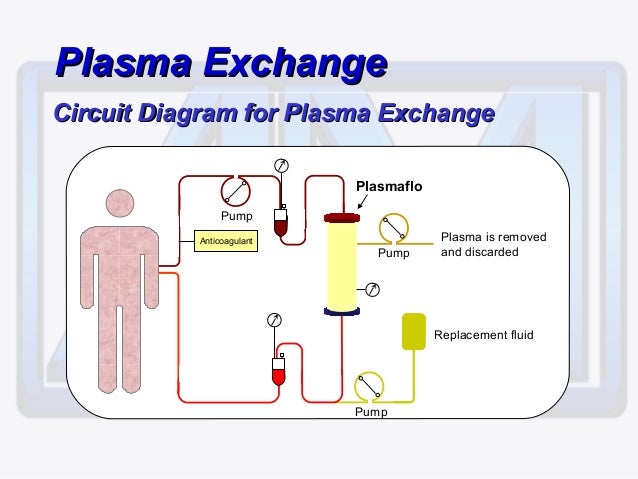 Plasma exchange is thought to work in MS relapses by removing antibodies from the plasma. The theory is that – like in Neuromyelitis Optica and Myasthenia Gravis – there may be circulating antibodies in the peripheral blood which gain access to the brain and perpetuate inflammation. Interestingly, this may be true for some, but not all people with MS. Examining MS lesions under the microscope shows that there are distinct types of MS lesions – some of these have prominent antibody deposition whereas others do not. It seems reasonable to hypothesise that people with prominent antibody deposition in their lesions may respond better to plasma exchange than those who don’t.
This new study aimed to test this hypothesis. They recruited 69 pwMS who had steroid-refractory relapses. People were included if they had a confirmed diagnosis of MS, with evidence of active demyelination on their biopsies, and had had at least 2 courses of plasma exchange. These people had brain biopsies as part of their routine clinical care. By examining the biopsies, it was possible to categorise the lesions based on which cell types and molecules were present:
Type 1: macrophage + T cells
Type 2: macrophages + T cells + antibody + complement
Type 3: oligodendrocyte death
These people were quite young (average 37) and mainly female. A good clinical response – defined as improvement on the EDSS score in the affected domain – was seen in 31% of people with type 1 lesions, 55% of people with type 2 lesions, and none of the thirteen people with type 3 lesions. This improvement was mirrored in terms of radiological improvement – shrinking lesions or reduction in gadolinium enhancement – and overall EDSS response.
This is quite an amazing study as it takes an important step towards personalised medicine. There is mounting evidence that MS is a heterogeneous disease: it is caused by networks of immune cells and immune mediators. In different people, the relative dominance of particular cell types or mediators may differ. For instance, some people may have much more ‘B cell-driven’ or ‘antibody-driven’ disease. This study demonstrates that people with more antibody deposition in the brain – implying ‘antibody-driven disease’ – respond better to a therapy designed to remove antibodies from the blood.
Another interesting finding here is that people with ‘type 1 lesions’ – dominated by macrophages and T cells – also responded very well to plasma exchange. For me this suggests that proteins other than antibodies – such as fibrinogen or cytokines – have a role to play in type 1 lesion development. It is also possible that circulating antibodies contribute to the development of lesions indirectly, without being deposited in the lesions themselves.
It is also notable that the response was still not great in people with type 2 lesions – the response rate was around 50%. Given the risks of plasma exchange this response rate still leaves quite a lot to be desired.
These findings do have limited generalisability. The proportion of people who do not respond to steroids is very small (~5%). The proportion of people who require brain biopsies as part of their care is also extremely small – this is normally limited to people in whom there is some diagnostic confusion, in whom alternative diagnoses are considered equally likely. Furthermore, the proportion of pwMS who will have had at least 2 courses of plasma exchange – a requirement for inclusion here – is smaller still.
It would be interesting to know whether plasma exchange can be tailored to individuals based on blood, CSF, and MRI markers alone. It is not realistic or reasonable to include brain biopsies in the decision whether to start plasma exchange or not. I would like to see whether simpler markers of ‘antibody-driven disease’, such as CSF IgG index, B cell counts, CSF B cell phenotypes, and peripheral blood B cell phenotypes, could be used to predict response to plasma exchange.
Despite its limited generalisability, this paper is an important example of how personalising treatment can lead to better, safer, treatment for pwMS.
*************************************

Importance  Plasma exchange and immunoadsorption are second-line apheresis therapies for patients experiencing multiple sclerosis relapses. Early active multiple sclerosis lesions can be classified into different histopathological patterns of demyelination. Pattern 1 and 2 lesions show T-cell– and macrophage–associated demyelination, and pattern 2 is selectively associated with immunoglobulin and complement deposits, suggesting a humoral immune response. Pattern 3 lesions show signs of oligodendrocyte degeneration. Thus it is possible that pathogenic heterogeneity might predict therapy response.
Objective  To evaluate the apheresis response in relation to histopathologically defined immunopathological patterns of multiple sclerosis.
Design, Setting and Participants  This single-center cohort study recruited 69 patients nationwide between 2005 and 2016. All included patients had a diagnosis of early active inflammatory demyelination consistent with multiple sclerosis; were classified into patterns 1, 2, or 3 based on brain biopsy analysis; and underwent apheresis treatments. Patients who had concomitant severe disease, neuromyelitis optica, or acute disseminated encephalomyelitis were excluded.
Main Outcomes and Measures  The primary therapy outcome was a functionally relevant improvement of the relapse-related neurological deficit. Radiological and Expanded Disability Status Scale changes were secondary outcome parameters.
Results  The mean (SD) age of patients was 36.6 (13.3) years; 46 of the 69 participants (67%) were female. Overall, 16 patients (23%) exhibited pattern 1 lesions, 40 (58%) had pattern 2 lesions, and 13 (19%) had pattern 3 lesions. A functional therapy response was observed in 5 of the 16 patients with pattern 1 disease (31%) and 22 of the 40 patients with pattern 2 disease (55%), but none of the 13 patients with pattern 3 disease exhibited improvement (pattern 2 vs 3 P < .001). Radiological improvements were found in 4 (25%), 22 (56%), and 1 (11%) of patients with patterns 1, 2, and 3, respectively. The respective rates of response measured by changes in Expanded Disability Status Scale scores were 25%, 40%, and 0%. Brainstem involvement was a negative predictive factor for the functional therapy response (logarithmic odds ratio [logOR], −1.43; 95% CI, −3.21 to 0.17; P = .03), while immunoadsorption (as compared with plasma exchange) might be a positive predictive factor (logOR, 3.26; 95% CI, 0.75 to 8.13; P = .01).
Conclusions and Relevance  This cohort study provides evidence that the response to apheresis treatment is associated with immunopathological patterns. Patients with both patterns 1 and 2 improved clinically after apheresis treatment, but pattern 2 patients who showed signs of a humoral immune response benefited most. Apheresis appears unlikely to benefit patients with pattern 3 lesions.
*************************************