Objective We describe the characteristics of the 15 patients with fingolimod-associated progressive multifocal leukoencephalopathy (PML) identified from the Novartis data safety base and provide risk estimates for the disorder.

Methods The Novartis safety database was searched for PML cases with a data lock point of August 31, 2017. PML classification was based on previously published criteria. The risk and incidence were estimated using the 15 patients with confirmed PML and the overall population of patients treated with fingolimod.

Results As of August 31, 2017, 15 fingolimod-treated patients had developed PML in the absence of natalizumab treatment in the preceding 6 months. Eleven (73%) were women and the mean age was 53 years (median: 53 years). Fourteen of the 15 patients were treated with fingolimod for >2 years. Two patients had confounding medical conditions. Two patients had natalizumab treatment. This included one patient whose last dose of natalizumab was 3 years and 9 months before the diagnosis of PML. The second patient was receiving fingolimod for 4 years and 6 months, which was discontinued to start natalizumab and was diagnosed with PML 3 months after starting natalizumab. Absolute lymphocyte counts were available for 14 of the 15 patients and none exhibited a sustained grade 4 lymphopenia (≤200 cells/μL).

Conclusions The risk of PML with fingolimod in the absence of prior natalizumab treatment is low. The estimated risk was 0.069 per 1,000 patients (95% confidence interval: 0.039–0.114), and the estimated incidence rate was 3.12 per 100,000 patient-years (95% confidence interval: 1.75–5.15). Neither clinical manifestations nor radiographic features suggested any unique features of fingolimod-associated PML. 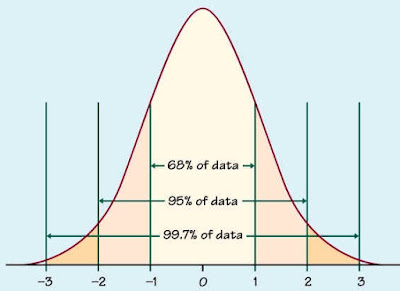 When Nassim Taleb in his book ‘The Black Swan’ talks about the impact of the highly improbable, he references 9/11, the Walls St crash, and the so-called experts and “empty suits” who provide a minute by minute narration of the events, but in real terms do not know more on the subject than the general population. According to Taleb the occurrence of a black swan is a rare event, but a single sighting can invalidate a statement based on sightings of swans being white going back a millennia. Interestingly, it took me some time to recognise that the occurrence of PML following immunosuppressant use is an example of a black swan.

Taleb also talks about the pitfall of human/academic arrogance, he calls this GIF (Great Intellectual Fraud), whereby we look at data in terms of normality (the bell shaped curve or Gaussian distribution) and talk of commonalities from the outset at the cost of outliers. This gives rise to a false state of reassurance that we have tamed the rare occurrences, which is far from the truth. This concept also applies to our interpretation of PML risk.

Here, Novartis (who make fingolimod, also known as Gilenya) present the risk and incidence of PML in those on fingolimod. They have 15 cases (12 definite, 3 probable) following fingolimod use up to Aug 2017. This excludes cases that may be attributed to carry over risk from previous natalizumab use over the last 6 months.

The estimate the risk of occurrence of PML is 0.07 per 1000 patients treated (i.e. <1:10,000). The mean age affected was 53, of the 15 cases, 11 were women, and the duration of MS was 4-35 years, 1 had previous cancer, while another had bowel colitis with prior immunosuppressant use. Interestingly, like with the natalizumab risk stratification 14/15 cases had been on fingolimod for >2y. Only 4 of the cases exhibited grade for lymphopenia (i.e. </= 200 cells/ul).
The author’s conclude that “the number of PML cases reported so far with fingolimod is too low to trigger any specific interventions at this point in time”. I wonder if they realise that the incidence of PML is a black swan? Their occurrence so rare as to render risk-mitigation strategies effectively useless. And yet as doctors we need guidelines to cushion our intellectual sensibilities.

Along these lines below is the existing MHRA (Medicines and Healthcare products Regulatory Agency) for risk of PML on fingolimod.