To prospectively assess the development of olfactory threshold in acute MS relapse over time in comparison to stable MS patients.

In a prospective observational design, we measured olfactory threshold by performing the Sniffin’ Sticks test (minimum score 0, maximum score 16 reflecting optimal olfactory function) at baseline and after 4, 12 and 24 weeks. We included 30 RRMS patients with acute MS relapse and 30 clinically stable RRMS patients (defined as no relapse within the last 12 months) as a control group.

Olfactory threshold impairment seems to be a transient bystander feature of MS relapse. It may be correlated to the level of inflammation within the CNS and might be a useful biomarker in this regard. 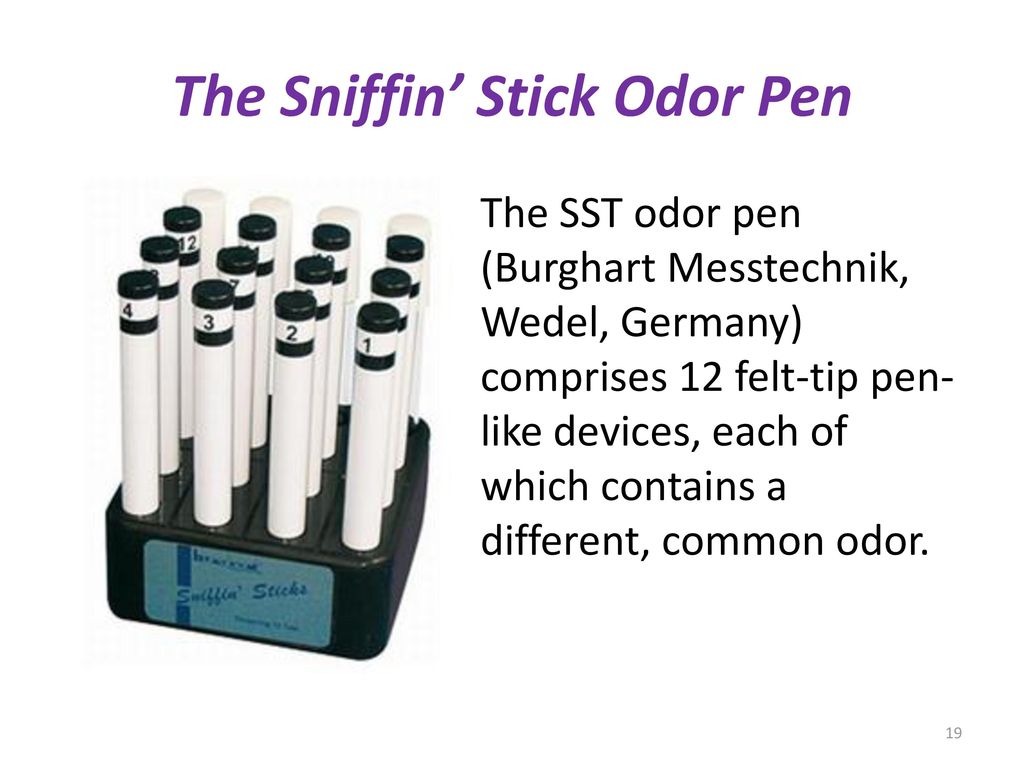 With our senses we’re in the thick of it, a world without them is as interesting as a diplomat without the skill for manipulating the spoken word. The sense of smell is the most ineffable of our five senses, it’s absence is a great loss to our identity. Imagine a world of food without taste, spring without the petrichor, and your memories without an anchor; a sad contemplation indeed.

Since, MS affects just about everything, the knowledge that it may affect the sense of smell comes as no surprise. So far it is known that the ability to identify odors deteriorates over time in MS and is worse in more advanced cases. However, the olfactory threshold (the threshold to discriminate different odors) is also affected early on and is thought to reflect recent inflammatory activity.

At a cellular level, it is probably not caused by brain volume loss, but loss of function in the more peripheral parts of the olfactory system itself. The change itself has been shown to be transient at this point.


Bsteh and colleagues studied the changes in olfactory threshold over time using Burghart Sniffin Sticks (picture above). They compared RRMS cases during an acute relapse with RRMS who were stable in their disease . The ability to identify an odorant at a certain dilution is noted and threshold score is assigned (maximum being 16 points).


Overall, they found that olfactory threshold was impaired in acute relapse at baseline than in stable cases (see figure below). The threshold as you can see stayed pretty much the same in stable cases. Moreover, those whose relapse resulted in a deterioration in EDSS score of two or more points had a greater reduction in the baseline score than those who had a less severe relapse.


So, if we are to believe in the findings of this study, there does appear to be such a thing as olfactory neuritis, and may be very similar to what we see in the eye as optic neuritis.