Is the MS world biased against women?

Another week – another news headline about how women are paid less than their male counterparts. This time it is consultants working in the NHS – and Jeremy Hunt, the UK Health Secretary, has vowed to tackle the pay gap.

So what does this have to do with multiple sclerosis?

A lot, I believe.

By paying women consultants less than men, society is telling them they are worth less and valued less. Furthermore, I also think there is a bias in the treatment of women patients – including those who have multiple sclerosis.

As most people reading this blog are aware, women are two to three times more likely to get MS than men and this ratio is rising. Statistically this means out of the 700,000 people with MS in Europe, more than 450,000 are women. For neurologists, this means about 70% of the patients who walk into examination rooms are women. And for the pharmaceutical industry that develops and sells MS drugs – a global market worth US$22 billion and rising – the target patients are largely female.

Yet as a woman with MS, I would argue that the gender specific burden of the disease does not receive nearly enough attention nor research from doctors and drug companies. In fact it is barely referenced at all – and if it does, it focuses on the usual trinity of pregnancy, the menstrual cycle and the menopause. In my opinion, women with MS are often treated as men except “with boobs and tubes.”

Take ECTRIMS – the world’s largest annual conference dedicated to MS. Each year more than ten thousand scientists, researchers, clinicians and drug industry executives from over one hundred countries descend on a European capital to exchange ideas and research in hopes of improving the lives of people with MS.

As a first time attendee last year in Paris, I assumed there would be a strong focus on women. After all, science tells us females are biologically different from males and I assumed ECTRIMS, with its focus on MS, would reflect this. Wrong. My first tip-off was the lengthy scientific programme – 28 sessions – with just one “MS and Reproduction” – dedicated specifically to women with the disease. The four experts speaking were women.

It is the same story for the upcoming ECTRIMS conference in Berlin in October. Out of 27 sessions only one will pertain to women: “Pregnancy management in MS.” This time there will be three neurologists on the panel. Again all women.

Yes. Because I believe women are a unique patient group when it comes to MS – and should be recognised as such. The disease occurs earlier in women; it takes us longer to be diagnosed and our disease progression and disability is different vs men. Physically we are different – beyond the obvious. For example, male brains tend to have a slightly higher proportion of white matter – while women have a higher portion off grey matter in the cerebral cortex. So why are we treated the same as men?

This is not the only gender imbalance I saw. In Paris, I was struck by the overwhelming number of male speakers on the panels. Turns out there were a total of 153 panel members and just 45 – or 30% – were women. This seems strange in a conference 47% of participants were women according to Congrex, the conference organiser.

This year in Berlin will be no different. There will be 151 speakers of which 44 or 29% will be women. This means if you are attending the conference you will have a less than one in three chance of hearing a woman speak.

I am not the only one to notice this. Maria Pia Sormani, Professor of Biostatistics at the University of Genoa, has spoken at ECTRIMS every year since 2008. “It is curious that more women are involved in MS research, but when it comes to ECTRIMS just one third of women are speaking,” she says. She believes more women should be joining her to speak.

Such a vast gender gap on panels, I believe, is problematic because it means the views of one group of people – who share similar characteristics – are over represented. Policy is being debated without adequate input from all groups – which leads to discussions that are out of touch and homogeneous. Women experts bring distinct experiences and views to the table – especially when it comes to a disease like MS.

After bringing this up with ECTRIMS Executive Committee, I received this response: “ECTRIMS strongly supports gender and geographical balance in all its scientific initiatives and is convinced that diversity in terms of gender and geographical balance is always beneficial and represents an added value… Currently, in the ECTRIMS Executive Committee, four out of seven members are women.”

I am pleased that ECTRIMS supports “gender and geographical balance” in its scientific initiatives, but when it comes to their own conference could they not insist on true gender balance?

Ironically the only place I saw a distinct bias towards women was on the exhibitor’s stands throughout the conference. Almost every single stand was “manned” (pun intended) by young, attractive, immaculately made up women – handing out brochures and attracting foot traffic. In the trade, these women are known as hostesses or “booth babes.”

To be fair, ECTRIMS does not actually hire these hostesses. Congrex guides organisations looking to set up a stand to Neventum – who, in turn, directs them to a link where they can hire the hostesses. To put it bluntly, this website looks an advertisement for an escort agency: three gorgeous women, bare shoulders, big hair, lips slightly parted… see for yourself.

So let me see if I’ve got this straight. On the one hand, ECTRIMS encourages women to be at the conference as long as they are attractive and don’t say much. On the other hand, if they are asked to speak – because they are subject experts – they find themselves outnumbered by their male peers. And all this at an international conference which focuses on a serious life-altering disease which affects women at least twice as often as men.

It is not just ECTRIMS that has an uneven relationship with women. Look at Biogen, the global leader in the MS drug market. In 2015, the biotech giant teamed up with the American women’s magazine, Self, to launch the website “Reimagine Myself “which encourages women with relapsing MS to make small, but impactful changes through first-of-its kind program on SELF.com.”

The changes include hints on throwing dinner parties, organising closets and even fashion tips. Self-improvement expert, Jeanne Male – who has an aunt with relapsing MS – suggests: “Avoid wearing anything that’s too fussy to wear, like shirts with tiny buttons… Also, choose bright colors and patterns to lift spirits. I always grab things that reflect the mood that I want to have, so I suggest MS survivors do the same.”

Seriously Biogen? Let’s gender flip this. Can anyone point to a drug company that offers lifestyle advice to its male patients in a similar way? Could you imagine prostate cancer suffers being exhorted to tidy up their tool box or to wear a jazzy tie?

What I would prefer to know from Biogen – which made US$9 billion from MS drugs sales last year – is if they design and manufacture their drugs with gender differences in mind. For example, female patients have a 1.5 to 1.7 times higher chance of having an adverse reaction to drugs compared to men. Women also metabolise drugs differently and may require distinct doses – yet dosages are rarely broken down by sex. I am on Tecfidera, made by Biogen, twice a day. But who is that prescription designed for – a man weighing considerably more than me?

I also have questions re clinical drug trials. Traditionally the majority of development research is done on men – because they don’t have menstrual cycles and they do not get pregnant – making their data easier to analyse. Does this hold true for MS drugs? This might be regarded as heresy by the scientists reading this – but is it time for sex-specific diagnostic testing and treatment for a disease like MS?

There have been many exciting breakthroughs in the treatment of MS recently – and I am grateful for them. That said, I think the time is long overdue to focus on women – as a patient cohort and as MS experts – and discuss why we are being overlooked, sidelined and even patronised.

Advances will not be made until conference organisers, drug companies and other stakeholders take note and make changes. Given that the vast majority of those occupying the top jobs at these places are men – I turn to you. Are you willing to help tackle this bias? For example, are you willing to sit on an ECTRIMS panel – where you easily out number fellow women experts? Or are you willing to insist that women speakers should make up at least 50% of the panel?

This has to be a joint male-female effort. Women can not do this alone. Are you ready to stand up? 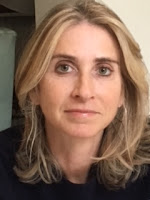