Scotland – the land of bagpipes, haggis, lochs and… multiple sclerosis. 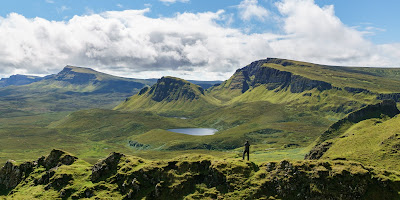 
This translates as 500 new diagnoses of MS each year in a country with a population of just over 5 million people, and that’s something that certainly comes across in clinic. Everyone has a sister, an aunt, a colleague or a neighbour with MS.


Luckily Scotland has a secret up its sleeve (and no, it’s not Nessy). Scotland, due to its population and the infrastructure of its healthcare, is actually a rather good place for medical research! There are many reasons for this (un)surprising fact. The first is that Scotland is a good size – not too big, not too small, with a population of 5 million, who tend to ‘stay put’. ’Country-wide’ research is therefore feasible, and people from all communities, classes and cohorts can be included. In addition, every person has a unique medical number that is used across all NHS health boards, GP surgeries and pharmacies throughout the entire country. Healthcare records can therefore easily be tracked and analysed. The overall result is a stable population, that are easily identified, and importantly, able to be followed up over long periods of time. Finally, of course, Scotland has one of the highest incidences of MS, not only in the UK, but worldwide.


There are numerous researchers in the field of MS based across Scottish universities and hospitals, from lab-based scientists focussing on pathological studies and animal models, to clinical teams involved in observational studies and clinical trials – research is ongoing up and down the country.


I work as part of a team interested in biomarkers that could be employed in the early stages of MS and be of predictive value when making treatment decisions. We know that the goal when treating an individual with MS is to ensure that that person is given the best disease modifying treatment (DMT) for them, with the aim of reducing future disability. This may differ from the medication given to their sister, aunt, colleague or neighbour. Currently we choose treatment strategies by gauging how active a person’s MS appears to be based on information from the medical history, examination and MRI scans; but this is clearly a broad-brush approach. Predicting an individual’s specific risk of developing disability in the future is not currently possible, but is an ideal that continues to drive research in the field of biomarkers, not only in the Scotland, but throughout the UK and Europe.


Disclosure: the author is not Scottish. 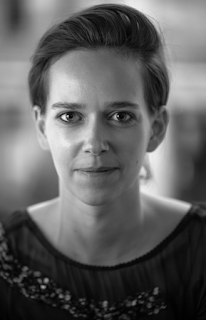 I qualified from the University of Glasgow in 2010, and started neurology training in 2015. I am currently doing a PhD, funded by a Rowling scholarship from the Ann Rowling Clinic of Regenerative Neurology in Edinburgh and Stratified Medicine Scotland. I work between Glasgow and Edinburgh, seeing MS patients in clinic in Glasgow, recruiting for a Scotland-wide study on MS, and am based at the Hunt Laboratory in Edinburgh for the lab-based aspects of my research. I love travelling, and if I wasn’t a doctor my ideal job would be to open a juice bar on a far-flung beach.