Question. Those with multiple sclerosis: do you remember the exact words your neurologist used to break the news of your diagnosis?

And those on the other side: MS neurologists and health professionals. Can you recall the most difficult conversation you’ve had with someone with MS and the words you used?

Words matter in medicine – especially with a disease like multiple sclerosis where the impact on quality of life can be catastrophic and the emotional component runs so high.

Words can also be inadequate. How does one describe pain? Or weakness? Or how does one, as a health practitioner, offer words of hope when there is almost none?

And words change  – depending on time and shifting sensitivities. Take the word ‘disease’. Before typing it out – five sentences earlier – I paused. Was it the most appropriate word to describe MS? Neurologists overwhelmingly use the term disease, but the NHS and three UK charities – the MS Society the MS Trust and Shift.ms – prefer ‘condition’ to describe MS.

“We tend to avoid the words illness and disease as we think condition is less aggressive and negative,” says Janice Sykes, Information Officer at the MS Trust, a UK charity. Miranda Olding, a Clinical Nurse Specialist in MS, also calls MS a condition though she concedes at her therapy centre “we do talk a lot about disease-modifying treatments.” She also uses words like inflammation and lesion, but avoids ‘scarring’.

There is also the semantic quandary of how best to describe someone with MS. In 2016 David Baker, Professor of Neuroimmunology at Barts and the London, looked at how people with MS preferred to be referred to in scientific publications – compared to what academics called them. After analysing three surveys, Baker and his colleagues found those with MS liked the descriptor ‘person with MS’ (pwMS) followed by MSer. Academics, by contrast, generally used the term ‘patient’ – which those with MS found to be outdated and paternalistic.

I get this. However when you go on the internet, it seems a very different story. People don’t just ‘have’ MS these days. Instead they call themselves ‘MS survivor,’ a ‘MS warrior’ or a ‘MS hero’. War and violence metaphors are freely appropriated. Those with MS are ‘standing up’ to it, ‘battling’ it or even single-handedly ‘slaying the MS Monster.’

This notion of ‘fighting disease’ is not new. In the mid-seventeenth century, the famous British physician Thomas Sydenham introduced the concept into western medicine when he declared that a “murderous array of disease has to be fought against, and the battle is not a battle for the sluggard.”


In recent years, however, the linkage of military language to MS has grown. Does anybody in the MS world wince when there is talk of the immune cells ‘attacking the myelin sheath’ or mention is made of ‘breaching the blood brain barrier’? No. We accept this terminology without questioning its adversarial tone or wondering if such words are, in fact, suitable when it comes to medicine and healing.


Not surprisingly, the press, policy makers and charities have adopted these combat metaphors. They’re effective and highly motivating. A few months ago, for example, the National MS Society launched its ‘Whatever it Takes‘ campaign featuring posters – in stark black and white – of those with MS. Underneath are taglines: “MS broke my body. I will never stop, never quit,” says Kevin diagnosed in 1999. Or there is Yvette, in boxing gloves: “MS causes debilitating fatigue. I will knockout MS.”

Personally I find this tie-in between fighting and MS uncomfortable. Does this mean from the moment you are diagnosed you should enter the metaphorical boxing ring or the theatre of war and launch an all-out assault against MS? Isn’t coping with a serious chronic disease enough? And what happens if you ‘lose’ the fight against MS?

Others with MS have taken a very different tack when it comes to describing themselves. In her seminal essay “On Being a Cripple” (links to a PDF) Nancy Mairs defiantly labels herself a cripple – saying it accurately reflects her reality.

Mairs acknowledges this might make people wince, but “perhaps I want them to wince. I want them to see me as a tough customer, one to whom the fates/gods/viruses have not been kind, but who can face the brutal truth of her existence squarely. As a cripple, I swagger.”

Mairs also wants to be honest: “Cripple seems to me a clean word, straightforward and precise… As a lover of words, I like the accuracy with which it describes my condition: I have lost the full use of my limbs. ‘Disabled,’ by contrast, suggests any incapacity, physical or mental. And I certainly donʼt like ‘handicapped,’ which implies that I have deliberately been put at a disadvantage, by whom I canʼt imagine (my God is not a Handicapper General)…”

Along with the rise of MSers fashioning their own labels, there has also been a huge increase in the number of people writing their own MS personal stories. Go online and you will find dozens, if not hundreds, of blogs focusing on symptoms, treatment options and the challenges of living with MS.


The rise of the internet has made this largely possible. But I also believe the democratisation of medicine has played a role. Until recently physicians were pretty much the only ones writing patient’s stories or ‘illness narratives’, according to Mike Bury in his essay “Illness narratives: fact or fiction?”.

Before the rise of bio-medicine in the mid to late 19th century, Bury writes, great emphasis was placed on a doctor taking a detailed history of their (usually upper class) patient – asking questions about circumstances, environment and even moral beliefs. From this they would come up with a diagnosis and treatment. To be honest, they didn’t have much else in their doctor’s bag. Understanding of anatomy and physiology was basic; physical examinations were, at best, rudimentary. Story was everything.

The advent of scientific medicine and the growth of modern hospitals and laboratories changed all this. Emphasis switched away from the patient’s experience to biological causes of illness. Blood tests replaced blood letting. In recent years, however, there has been a shift away from this medical model, Bury says. He cites several reasons: the rise in chronic diseases, the huge expansion of medical information and the shift to holistic, patient-based care. These days patients are reclaiming ownership of their bodies – and their stories.

Sociologist Arthur Frank applauds such a move. In his influential book, The Wounded Storyteller, Frank says stories written by the ‘wounded’ allow them to gain control over their illness, accept it and reflect on how it has shaped them. “Stories are a way of redrawing maps and finding destinations,” he writes. They are also key to helping – and healing – others in a similar situation. “As wounded, people may be cared for, but as storytellers, they care for others.”

Nobody understands this better than George Pepper, Co-founder and Chief Executive of Shift.ms. Told at the age of 22 he had MS, Pepper found it difficult to meet others in a similar situation: young, recently diagnosed and struggling to accept they had a life-long condition. So in 2009 with the help of friends, he set up the web-based charity and social network Shift.ms.

What makes Shift.ms unique is that it’s ‘user-led’ meaning its 17,000 members (and growing) supply and drive its content. A large chunk of the site is dedicated to members explaining how MS affects them: from their diagnosis, to their fears and onto the impact it has on relationships, families and career. “Every person with MS has a story to tell, and by telling it, it helps other understand they are not alone,” says Pepper.

The MS Trust reports a similar situation. In 2011, it set up a ‘Your Stories’ section on their website. Last year the pages received about 3-4,000 views per month. That figure is looking to double this year. “There has definitely been a shift in people looking to fellow MS peers to help put things into context,” says Sykes.

I understand. Even with the best will in the world – and there is much out there – doctors and health professionals can not perform this service. It is the actual act of writing one’s own MS story that can be empowering and cathartic; a way of shaping the chaos that surrounds a disease so unpredictable as MS.

And this holds true, I believe, no matter who tells the story, from where or what time.  A case in point is Sir Augustus d’Este – the illegal grandson of King George III – and the earliest recorded person with MS. Starting in 1822 – when he first experienced blurred vision – until 1846, d’Este kept a diary detailing his symptoms and treatments which included leeching, ‘electrification’ and orders to “eat beef steaks twice a day, drink London Porter, Sherry and Madeira wines.”

Reading a copy of the diary today is terribly poignant. Obviously the style is different, but what shines through is how similar d’Este’s experience with MS was – more than one hundred and seventy years ago – compared to today. We read of his bewilderment with his growing symptoms, his pleasure when they (temporarily) abate; his attempts to find a cure and his disappointment when they don’t work. And we can not fail to be cheered by his optimism – even when he progresses from stick, to his “chair on wheels” then finally to bed. What makes it all the more poignant is knowing, that it is unlikely d’Este will get the happy ending he wants and that we want for him.

Words and stories matter especially in MS. Sometimes they may not be the exact words we want to hear – or the stories may have a different closing than we would wish. But the importance is that we have them. 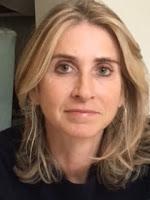