Rituximab, a chimeric monoclonal antibody that selectively targets CD20+ B cells, has exhibited robust efficacy and an acceptable safety profile in neuromyelitis optica spectrum disorder (NMOSD). Previously, we reported that the therapeutic response of B cell depletion varied among 100 patients with NMOSD, which resulted from multiple factors including Fc gamma polymorphism, and that monitoring CD27+ memory B cell appears to improve treatment outcomes via individualised treatment. Our treatment strategy has also proven to effectively prevent relapse at a lower cumulative dose, compared with the fixed maintenance therapy every 6 months. Currently, we have a group of patients with NMOSD who have undergone long-term rituximab treatment for more than 7 years. We found that retreatment interval became significantly prolonged over time when we targeted depletion of memory B cells. Here, we analysed clinical outcomes and changes in B cell reconstitution over time, following long-term repeated rituximab treatment.

What’s this got to do with MS, as NMO isn’t MS.

Yep, but both respond to CD20 depletion.

We know that there are antibodies to a number of CNS proteins in NMO , notably to a water channel expressed mainly by astrocytes and to a myelin protein.


In MS, we know some people have antibodies to nerve proteins, but these are rare.


However in both NMO and MS, the dosing schedule is set at every 6 months. We have shown that this is probably too frequent for some people as in the ocrelizumab phase II extension study there was efficacy despite being on no drug for 18months

Perhaps Relapses in NMO than MS are more frequent but the authors have shown that if you dose according to memory B cell numbers, then you don’t need to dose as frequently and being closer to once a year than once every 6 months 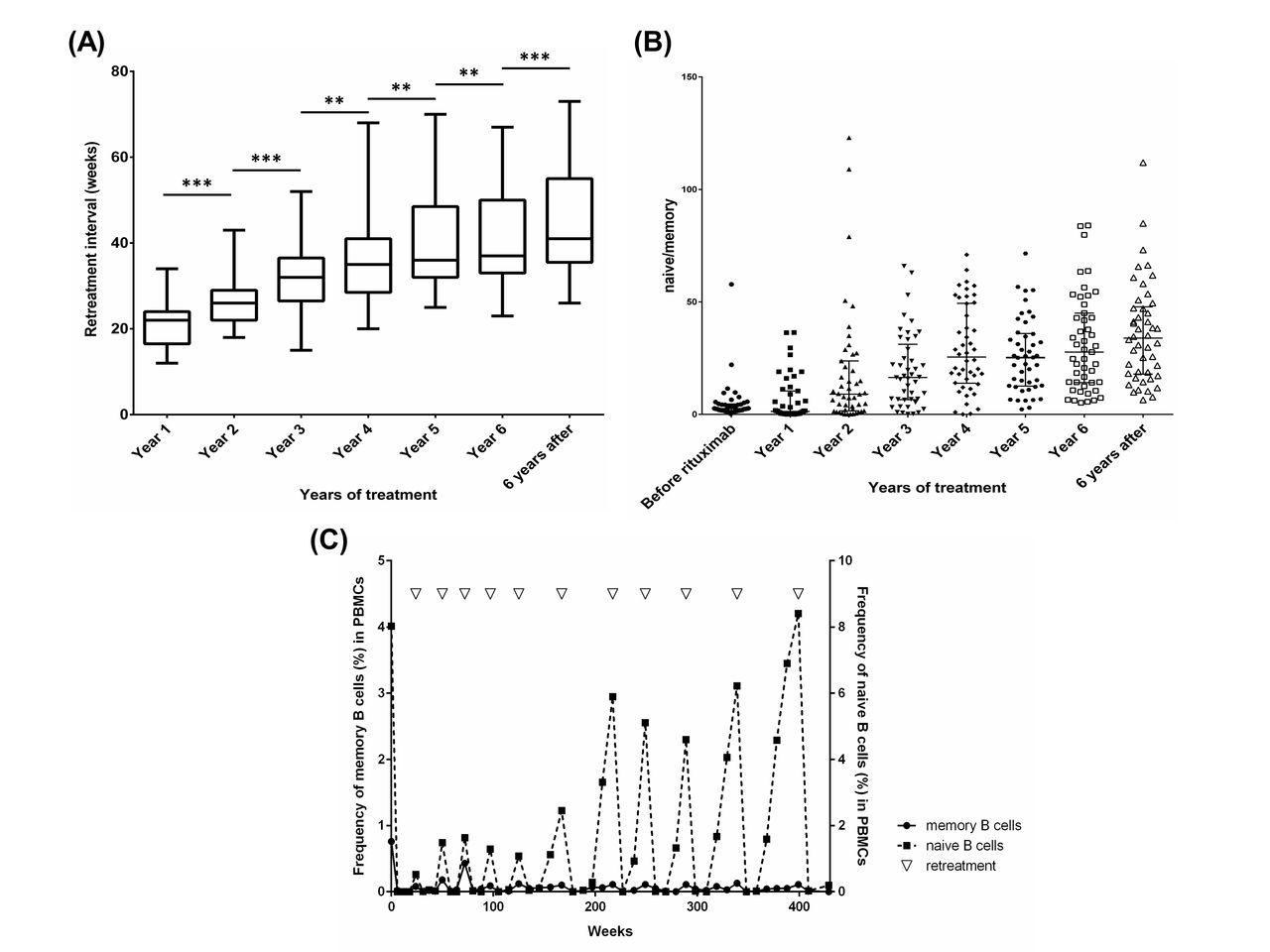 The annualised relapse rate was reduced by 97% and 62% patients became relapse-free after rituximab treatment. Disability improved or stabilised in 98% of patients.