How are you tolerating the heat? One patient after another in my MS clinic yesterday complained about heat sensitivity, worsening fatigue, pseudo-relapses (heat-induced intermittent symptoms) and difficulty sleeping. How are you coping; do you have any advice for your fellow MSers?

Please note that the main consequences of a raised body temperature in demyelinated, or remyelinated, pathways is slowed conduction. The commonest example is exercise-induced fatigue, but this summer’s heatwave is causing symptoms without the need for exercise. Some MSers are finding walking difficult; their legs begin to drag minutes into walking rather than after 20-30 minutes. One patient has noticed blurring of vision mid-morning when in the past this would only happen in the late afternoon. The reason for this is that those demyelinated segments in the nerve stop conducting due to conduction block induced by a slight rise in temperature affecting the functioning of the sodium channels. These are the molecules in the membranes of nerve cells that transmit the electrical signal down a nerve fibre, which require energy to work. These ion pumps are optimised to function at a certain temperature and explains why MSers are heat sensitive.

I assume you have heard of Uhthoff’s phenomenon. Wilhelm Uhthoff (1853-1927) was a famous German Professor of ophthalmology who described temporary visual loss associated with optic neuritis linked to physical exercise. This was later found to be caused by a rise in body temperature. This phenomenon is now known to affect other neurological systems as well; for example, the motor system when walking, balance and sensory pathways and even the cognitive centres.

Apart from cooling, we have not had a treatment for Uhthoff’s phenomenon. More recently the drug Fampridine has been licensed to improve walking speed in MSers. Interestingly one of the patients I saw yesterday volunteered that since starting fampridine a few weeks ago his heat sensitivity had improved. 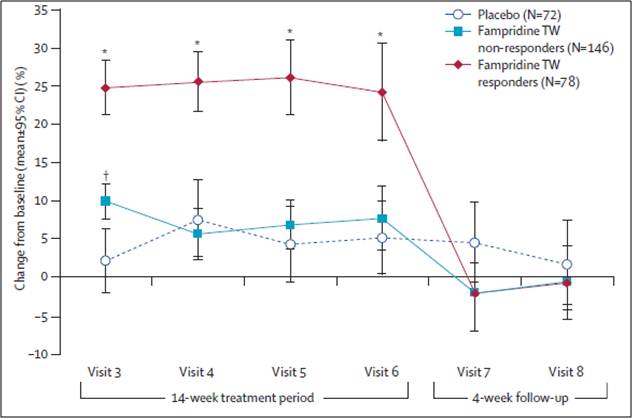 Symptomatic treatments and behavioural & environmental therapy (cooling) have been the mainstay of treating MS-related heat sensitivity. Having a drug to treat conduction block is, therefore, welcomed. However, I remain sceptical about their long-term effectiveness which is why we need effective remyelination therapies. Remyelination therapies should also be neuroprotective preventing or slowing down the degeneration of nerve fibres that have been left vulnerable by demyelination.