Yesterday it seemed to me that we had someone who was making a comment and was rubbing their hands with glee (gloating) to suggest that BartsMS was wrong.

I am sure we are wrong many times and anyone reading the blog regularly will note that we are humble enough to accept our mistakes.

Likewise, the tone of a different comment, seemed to me, to be a complaint that “you” were bringing “News to us”, rather than “we bringing news to you”.
.
This makes an important point

The blog is not our day job . We cannot always search the internet for the next news story. Therefore we can’t be proactive about everything.

Sometimes we are reactive, sometimes we are absent (I am currently taking some vacation time and writing this at 2.30 in the morning). Maybe we can comment after the story that has broken.

Therefore simply put, we need your help to be part of our team. 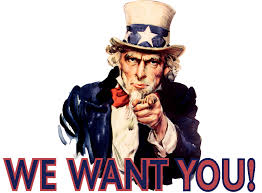 One vital part of this is that you are our ears and eyes and if you find something that interests you or don’t understand, it is likley to interest someone else or likely that someone will not understand either.


You can simply come to the blog and write a comment.


We will not comment on personal circumstance as this is not a consultation vehicle, so keep it general if you are asking health related questions.  Likewise we are here to discuss science.

We have been suggesting that MS is one disease not two or three diseases, but you write to say that we must be wrong because someone has found that there is a subtype. Are we wrong?

Firstly and whilst I do not want to discuss this further on the how you feel about the “them and us” attitude.


Frankly it rather saddens me if people think that we need to be adversorial. However, I can see some people will believe this, just as I sometimes (currently as I write think) think that there is a “them” (dumb-assed neurologists) and “us” (enlightened scientists. Sorry can’t say more as the air would be blue:-).
It know it could be a lone voice, a troll and likewise I know that many of you will defend us (Thank you).

ProfG has been making the point that MS is one disease. Is this wrong?

In this new report there is a suggestion that a subtype has been found.

In this study they find that they can detect lesions in the brain that are associated with nerve loss, which they call myelocortical multiple sclerosis.

There is an inference that the two forms of MS may respond to treatment differently.

As a person who deals with animals models. The first thing we should say is….What does this say about MS pathologists?

They often spend their lives slagging off animal studies, but how on Earth can we be expected to model MS, if the MS pathologists don’t tell us (don’t know) what to model.

First MS was a demyelinating disease, now it’s a neurogenerative disease (after they rediscover in the 1990s that there is nerve loss in MS). All they had to do was read and remember the work done over a hundred years before.


Next, it was a white matter disease, now its a grey (& white) matter condition. This was found once the pathologists changed their staining technique, so they could see myelin in the grey matter. The MRIers still struggle with this (i.e. seeing lesions in grey matter with conventional MRI).


Now there are 10% of people with this neurodegenerative brain lesions and it’s an MS subtype.


It has taken hundreds of years to find them.


This is a pretty shocking state of affairs, if these observations are found to be reproducible. It is likewise shocking that pathologists can often not agree with each other on what is going on.


OK now I have got this off my chest.


Well first thing first. This is simples. Should we be surprised that you can find lesions that are neurodegenerative without real evidence of demyelination?


Not really, you have to look no further than EAE.


What is suprising to me is that one can think that the idea that you can have neurodegeneration without apparent demyelination is new.


Is this a different disease?


Not really. It is a variant of the same disease.


Therefore, they did the study to show something that even the MRIers said was going on.Indeed, there already been a number of pathology studies showing that neurodegenerative brain lesions that occur, not correlate with demyelination


Next thing to think about is neuroanatomy and MS.


This is because even if demyelination was the cause of the nerve loss. Would it have to occur in the same area being examined? I think the answer is no.


Some nerves have to grow to stretch over a long distance. The spinal cord is about 45cm long so that would be
450mm and 450,000 micrometre, so about 90,000 five  micrometer pathological tissue section. So you fail to find demyelination in section X when the damage occurred maybe 50,000 sections away. They only looked a centimeter (2000 sections) away Likewise the survival of nerves depends on imput from the nerves that innovate them.So the damage does not even need to be in the nerve (e.g. you have your leg cut off and you will loose nerves that control you leg in the brain).


Will it need a different treatment. Well maybe?


There is little point using remyelination therapy, if the nerves are gone. It does not take a rocket scienctist to realise that you can’t raise the dead.


The sad thing would be however, if neuros who would plan pointless trials to do this.


Again we know that brain atrophy MRI measures does not directly measure nerve loss, as such in the spinal cord we have shown that you can loose significant numbers of nerves without apparent tissue shrinkage.


Maybe DrK will have something to say on this.


Is this an MS subtype? Maybe,


Many years ago we used to call neuromyelitis optica, Devics MS. Now it is considered to be a different entity, with different treatment requirements.


Should we surprisied if we cannot find different pathologies within MS?


Not really. We have found different subsets with the NMO spectrum disorders, with some giving response to aquaporin 4 and others to myelin oligodendrocyte glycoprotein for example.  MS will be no different.

However, this is not the same as what ProfG has been talking about.


He is suggesting that MS is one disease and that primary and secondary MS are not distinct diseases.


Obviously we know that secondary progressive MS follows relapsing remitting MS but this is part of spectrum that encompassess PPMS.

This is important because, if it is one disease it can have the same treatment.

Whilst you may argue that ProfG is simply being a mouth piece for pharma, now that ocrelizumab is available in the US for RRMS and PPMS (why not SPMS), if it is two or three diseases it means that subtype X may not have access to treatments of subtype Y.

This happens now in the UK where pwMS with relapsing MS get access to a treatment, those with progressive MS don’t or treatment is stopped.

It also means that they will treat progress MS differently.

So the trial could be of a stand alone compound-W. This would not have to be on top of a DMT known to control the active parts of MS.

We know that inflammation is present from the begiing to the end of MS, so why not treat it?

Likewise, we know that neurodegeneration is present from the beginning to the end of MS. So why not treat it too?

Some of the neurodegeneration is caused by the inflammation and some of it will be probably be a consequence and need additional treatment to slow or stop the nerve loss.

If we do not get this latter point, we are not learning from biology and from our mistakes in the past. The future for MS treatments must surely be combinational therapies to target different pathologies. Your MS Socieities want treatments for you. Are monotherapy trials for Progessive MS the future?


Whilst speaking of heterogeneity in MS, we know it exists. Here’ another new example.