Regular exercise is good for you. Two week’s ago I did a post on setting up a national challenge on using the parkrun platform to raise awareness about exercise and to get the MS community behind exercise. The following are the results of the survey you completed.


The results are self-evident; we need to make this happen.

I am smitten by #Run4MS as the proposed name for the initiative. It is catchy, it says exactly what it is for and the hashtag makes it ideal of using it on social media.

You may have noticed that I am walking, or more correctly running, the talk; I completed my first parkrun on Saturday. I have already had some informal discussions with some of my team at Barts-MS and we will almost certainly be putting a team together a team to enter the challenge.

I have now handed the ball over to the MS Trust and Parkrun to make this happen. I am not sure of the exact format, but the initiative is likely to take the form of a national challenge to get the MS community walking and running. We will use the Parkrun platform, simply because it exists and the MS ambassadors of Parkrun contacted us to do something with them.

Parkruns are 5km runs that are held each Saturday in a local park near you and allow you to complete 5km and log an official time. The challenge will be to get every MS team in the UK, and possibly the world, to sign-up for the challenge and collect 5km runs. The team with the most Parkruns after a certain period of time, say a 6- or 12-month period, will win the challenge. The challenge has to be over a prolonged period of time to get people exercising consistently. The is not a one-off thing; the real objective is to get people exercising regularly and to stay exercising longterm.

Some of you will be saying, but I can’t run. I know there are some of you who can’t run but then there will be others who are simply unfit. For you, I would suggest starting the ‘couch to 5K’ programme that is designed to get you off the couch and running 5km in just nine weeks. The plan involves three runs a week with a rest day in between and a different running schedule each week. The NHS is promoting this using an app developed by the BBC, the programme or app builds you up gradually with a mix of running and walking. 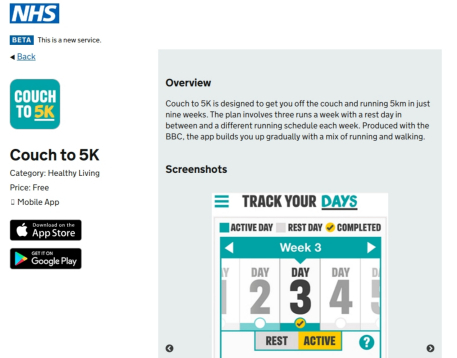 The good thing about making this initiative into a challenge is that it will build teams (people are competitive) and it will increase your participation.
Let’s do it!

CoI: I am a runner, albeit one with a failing right hip