If you are a regular reader of the blog, you may think this work is old hat. This is because you have been watching these ideas evolve over the past year.

Hopefully for others who have not been following us, this could be a day of revelation and the Penny may finally Drop (The penny dropped is a casual idiom outside the United States used to mean a person has belatedly put two and two together or understood something). 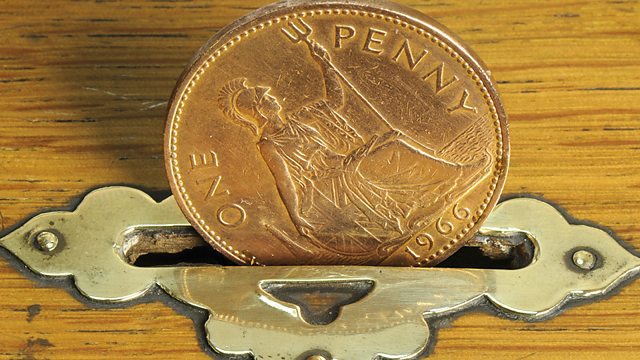 If you are a nurse or a neurologist or Junior Doctor, and only read one paper (Click on link below for full paper) a year give this one a read. It may help you conceptualise MS and its treatment better as “MS therapy just got easier”.

Send this post to your friends. Ask them for holes in the arguments.

If you are a person with MS, give it a read and ask questions if you don’t understand. It may make your descisions of treatment easier.

However, for all you young-researchers (meaning mentally young even if old in body) out there…the old-ones are probably a lost cause as they are unlikely to want change their ways and will simply ignore this:-(…..Give this a read, spot the holes and the inconsistencies, but maybe look at your research in a different way. Try and disprove the ideas.

For all of my adult working life…T cells have been considered to be the driver of autoimmunity. It has been forgotten that they were once called “helper” cells, because they help other cells to do things.

The Status Quo however, has been shattered by the development and efficacy of CD20 B cell depleting antibodies in MS.

People have had to build the B lymphocyte into their world MS view.

For many this has been done relecutantly and their MS World view has not really changed, as they consider that the antibody targets the few T cells that expess CD20. Alternatively they claim that B cells are simply acting as antigen presenting cells to activate T cells to be top dog.

Although CD20 is expressed on a few T cells, they do not really express CD19, which is another B cell marker. However, CD19-depleting antibodies also work in MS, so they are probably not working directly via T cells. This needs to be brought into the MS World view.


Maybe T cells are there to help B and other cells such as macrophages to be the Top Dogs in MS.

However, the success of ocrelizumab in MS, has meant that the companies want to create product awareness. As such I believe that they have sponsored numerous B cell reviews, such that leading clinical neuros have written them or perhaps put their name to reviews written for them:-(.


In addition to be topical, researchers have produced loads and loads of B cell reviews also.

However, they have one thing in common. This is besides often giving the trial results of the ocrelizumab phase III trials that is surely part of the marketing in the review.


The thing they have in common is that they list a set of unrelated potential facts that provide essentially zero interpretation or insight:-(.

Although, I do not wish to appear arrogant, companies perhaps can be excused for creating a boring read as they need to do bland, so they don’t get accused of providing opinion, but the researchers/opinion leaders can surely do better.


If you like your reads..bland then go no further, there is plenty of “bland” out there.

However, we have given opinion and have fought with the reviewers to do so. Hopefully it will make you think and maybe it will explain some things.


This is a review that some will like, it was one of MD2s favourite ones, but others, perhaps many others, will disagree as it may challenge their MS-World. Hopefully it will spur people to disprove the concepts and if they can, we can modify our views and move forward but it they can’t then great too.


(Read me)
D. Baker, G.Pryce, S.Amor, G.Giovannoni, K.Schmierer. Learning from other autoimmunities to understand targeting of B cells to control multiple sclerosis. Brain 2018  doi:10.1093/brain/awy239 [Click on me]
ABSTRACT Although many suspected autoimmune diseases are thought to be T cell-mediated, the response to therapy indicates that depletion of B cells consistently inhibits disease activity. In multiple sclerosis, it appears that disease suppression is associated with the long-term reduction of memory B cells, which serves as a biomarker for disease activity in many other CD20+ B cell depletion-sensitive, autoimmune diseases. Following B cell-depletion, the rapid repopulation by transitional (immature) and naive (mature) B cells from the bone marrow masks the marked depletion and slow repopulation of lymphoid tissue-derived, memory B cells. This can provide long-term protection from a short treatment cycle. It seems that memory B cells, possibly via T cell stimulation, drive relapsing disease. However, their sequestration in ectopic follicles and the chronic activity of B cells and plasma cells in the central nervous system may drive progressive neurodegeneration directly via antigen-specific mechanisms or indirectly via glial–dependent mechanisms. Whilst unproven, Epstein-Barr virus may be an aetiological trigger of multiple sclerosis. This infects mature B cells, drives the production of memory B cells and possibly provides co-stimulatory signals promoting T cell-independent activation that breaks immune tolerance to generate autoreactivity. Thus, a memory B cell centric mechanism can integrate: potential aetiology, genetics, pathology and response to therapy in multiple sclerosis and other autoimmune conditions with ectopic B cell activation that are responsive to memory B cell depleting strategies.

If MS agents act in a similar fashion then treating MS just got easier. You only need to concern yourself about convenience, degree of efficacy and side-effect


Now read why animals may not be the answer