Based on the recent report that cladribine can eliminate the occurrence of oligoclonal bands in people with relapsing MS, there was a comment that cladribine has no effect on progressive MS.

So lets look back at the paper

If you  don’t think that Current Potent DMT can be useful for Progressive MS, Read this. 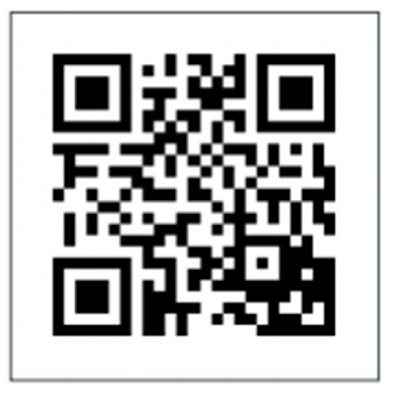 Get your QR readers out

To evaluate the safety and efficacy of two doses of cladribine in patients with progressive MS.

Treatment of progressive MS patients with cladribine in a previous single-center, placebo-controlled clinical trial was associated with disease stabilization.

In the current study, 159 patients with a median baseline Kurtzke’s Expanded Disability Status Scale (EDSS) score of 6.0 were randomly assigned to receive placebo or cladribine 0.07 mg/kg/day for 5 consecutive days every 4 weeks for either two or six cycles (total dose, 0.7 mg/kg or 2.1 mg/kg, respectively), followed by placebo, for a total of eight cycles. Thirty percent had primary progressive MS (PPMS) and 70% had secondary progressive MS (SPMS). EDSS and Scripps Neurologic Rating Scale (SNRS) scores were assessed bi-monthly and MRI was performed every 6 months. The primary outcome measure was disability (mean change in EDSS).

Mean changes in disability did not differ among the groups at the end of the 12-month double-blind phase. Both cladribine treatments were superior to placebo for the proportion of patients having gadolinium-enhanced T1 lesions and for the mean volume and number of such lesions (p < or = 0.003).Differences were statistically significant at the 6-month evaluation time, with < or =90% reduction in volume and number of enhanced T1 lesions, which was maintained through final evaluation. This effect segregated largely with the SPMS group. The T2 burden of disease showed a modest improvement in cladribine-treated patients and worsened in placebo-treated patients. Most adverse events were mild or moderate in severity and not treatment limiting.

We see straight away that the dose used was 07 to 2.1 mg/kg not the 3.5mg/kg as used in the licenced oral dose formulation, but we have to remember that the oral variant is about 50% as active as the subcutaneous or intravenous variant.
So the trial aimed to look at an effect on EDSS (which is essentially a measure of walking) over a twelve month period. Therefore the trial was doomed because they focused on lower limb function which has failed as an outcome for most trials in progressive MS and because it was only 12 months. It takes 2-3 months at the high dose to have optimal depleting effect and so you are asking the drug to work in progressive MS in 9 months. The ASCEND trial shows no effect on EDSS over 2 years and suggest trials need to 3 years to target this outcome.

However, cladribine was not inert as it was blocking gadolinium enhancing lesions. Based on studies in relapsing MS, it takes only about 6 months to detect a positive influence on this outcome and so the trial was a capable of seeing this. We know that lesions and relapses are damaging to the nerves and therefore benefit was being achieved as evidenced by a reduction in lesions. There were fewer T 2 lesions supporting this outcome.
However the study went on for 2 years in some people
The effect of cladribine on T(1) ‘black hole’ changes in progressive MS.
Filippi M, Rovaris M, Rice GP, Sormani MP, Iannucci G, Giacomotti L, Comi G.
J Neurol Sci. 2000 May 1;176(1):42-4. We compared the changes of the volumes of T(1)-hypointense lesions seen on the magnetic resonance imaging scans of the brain from 159 progressive multiple sclerosis (MS) patients who were enrolled in a double-blind, placebo-controlled trial assessing the efficacy of two doses of cladribine. Although in patients treated with cladribine there was a tendency to have a lower increase of T(1)-hypointense lesion volumes than those treated with placebo, no statistically significant effect of cladribine on T(1)-hypointense lesion accumulation was found over the one-year double-blind phase. Furthermore, no significant treatment effect was also detected in a subset of 22 patients who received placebo during the double-blind phase of the study and cladribine during the subsequent one-year open-label phase. We conclude that cladribine does not have a major impact on the mechanisms leading to severe tissue destruction in progressive MS.

But it is too small to make any meaningful comment

Leukaemia in children – what do these studies have to do with the use of Cladribine (2-chlorodeoxyadenosine) in pwMS?

Well, they revealed over 20 years ago that Cladribine penetrates into the spinal fluid, and in relevant concentrations (about 1/5 – 1/4 of plasma).

Whilst this property is not unique (among drugs used for pwMS) to Cladribine, it is the only drug where its mechanism of action strongly suggests a direct effect within the central nervous system.


Penetration into the brain may be important for the mechanism by which Cladribine could potentially work not only in those recently diagnosed with MS, but also in people with advanced MS (EDSS>6): Even though at this stage there is generally less significant blood brain barrier leakage and therefore less overt entry of inflammatory cells from the blood stream into the brain, we know that inflammation plays a role throughout the disease, including its advanced stage. A drug that can attack T and B lymphocytes, and perhaps plasma cells, in the brain of pwMS directly, even without overt blood brain barrier breakdown, may be effective in preserving important functions such as upper limb strength & coordination, cognition and speech.