It sounds like it is time for me to eat some more humble pie as I said “I don’t think that the CNS is the right environment to initiate immune responses”.


or are they?
Giles DA, Duncker PC, Wilkinson NM, Washnock-Schmid JM, Segal BM. CNS resident classical DCs play a critical role in CNS autoimmune disease. J Clin Invest. 2018 Sep 18. pii: 123708.
Experimental autoimmune encephalomyelitis (EAE) is an inflammatory demyelinating disease of the central nervous system (CNS), induced by the adoptive transfer of myelin-reactive CD4+ T cells into naïve syngeneic mice. It is widely used as a rodent model of multiple sclerosis(MS). EAE lesion development is initiated when transferred CD4+ T cells access the CNS and are reactivated by local antigen presenting cells (APC) bearing endogenous myelin peptide/ MHC Class II complexes. The identity of the CNS resident, lesion-initiating APC is widely debated. Here we demonstrate that classical dendritic cells (cDC) normally reside in the meninges, brain, and spinal cord in the steady state. These cells are unique among candidate CNS APC in their ability to stimulate naïve, as well as effector, myelin-specific T cells to proliferate and produce pro-inflammatory cytokines directly ex vivo. cDC expanded in the meninges and CNS parenchyma in association with disease progression. Selective depletion of cDC led to a decrease in the number of myelin-primed donor T cells in the CNS and reduced the incidence of clinical EAE by half. Based on our findings, we propose that cDC, and the factors that regulate them, be further investigated as potential therapeutic targets in MS. 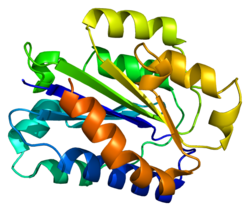 I read this and I still don’t think that the CNS is the right environment to initiate immune responses.

We have developed lymph glands and lymphatics/glymphatics from the brain and specialized cells within the brain to do this. They express the right type of homing receptor to get the naive T cells from the thymus to be recruited into the gland, whilst the inflamed CNS has blood vessels with the right type of markers that selectively attracts effector cells into the tissue (rather than the naive cells), to carry out their immune function, which is designed to destroy infection (but sometimes becomes misguided to cause autoimmunity).

We have heard that the brain has lymphatics and now we are being told they have dendritic cells. I had a look for these about 20 years ago with antibodies NLDC-145 and MIDC8, but they were rubbish and the NLDC145 detected endothelial cells in the brain, MIDC8 was a bit rubbish but picked up nothing in normal spinal cord.

I stained for CD11c was found on all sorts of cells that looked like macrophages.


These perivascular cells could present antigens to sensitized (in the lymph glands) cells entering the CNS and disease would occur. The cells not in the brain proper when they leave the blood as they have to cross a structutre called the glial limitans to get into the brain parencyma. In humans this pervascular space  between the blood vessel and the brain parencyma (brain tissue) is called the Virchow-Robins space . This gets packed with lymphocytes to form the perivascular lymphocyte cuff

In this report we are told there there are now dendritic cells, these are cells that create epitope spread (immune responses to one target causes damage resulting in immune response to another target).
They argue that they are aiming to find the antigen presenting cell that initiates EAE. This is rather a rubbish idea to start with as it is clear EAE is being initiated in the lymphoid tissue, this is why we use powerful adjuvants and pertussis that makes the spleen expand about 5 times to get the pathogenic cells going. In lymph nodes you see a wave of proliferation as naive cells become effector cells but effector cells mediate their effector function within a few hours and you don’t need proliferation for that. Take the T cells from lymph nodes and they transfer EAE. However, they have to be activated within the tissue for effector function to occur.

Langerhans cell in Skin
Although the skin contains lots of dendrtic cells (about 600/square mm). Do I think skin responses are initiated in the skin?

No I do not, as an intact blood supply is needed for the effector function to occur. There were experiments on “skin islands”, where the skin was surgically removed leaving the lymphatics and blood intact and they put sensitizers on the skin and elicited skin reactions on the island and by cutting the lymph or blood vessles they could see that sensitivation needed the lymphatics and the effector function needed the blood. These experiments were performed pre-internet.


Cutting some of the lymphatics of the brain did not stop EAE from being induced.

However, it was through listening to a student presentation who really made me think, this report contains a verbal artefact of words. The student was talking of “CD11c microglia”. So if microglia can express CD11c then in this study, they may not really be looking at dendritic cells.

Dendritic cells express high levels of MHC class II and this is not really found in the healthy CNS. It is upregulated by inflammation and when you look with the electron microscope it is the perivascular microglia/pericyte (not the smothh muscle cell that some people call a pericyte) that express the MHC class II. When I did the staining all those years ago CD11c was not really present in normal animals, but was easily seen once EAE has begun, suggesting a consequence rather than a cause of disease.

This current study hangs on the belief that CD11c is a obligate dendrtic cell marker as it was used in the transgenesis.


The alpha X beta 2 complex seems to overlap the properties of the alpha M beta 2 integrin in the adherence of monocytes to stimulated endothelium cells, and in the phagocytosis of complement coated particles.

A quick look in the data bases confirm, what I was told by the Greek Student, that microglia can express CD11c 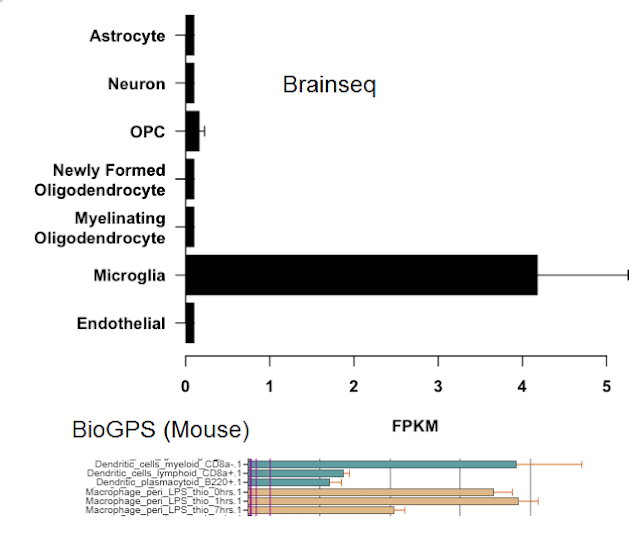 It is also found on mouse macrophages, just as I believed from my own work. Therefore, there other explanations for this work, I have given you one to think about.