First of all, I would like to introduce myself. I am Maria Mateo, I am a Neurology registrar from Spain and I have the pleasure of spending three months at Barts-MS to learn about MS.
As a part of my stay here, I have been attending MS clinics. As we know, MS patients can experience a broad variety of symptoms during their disease that can be difficult to explain. Thus, I have noticed that some MS patients have difficulties interpreting whether their symptoms are due to a new relapse or not, or if their symptoms are related to something else. Therefore, I have thought that it would be useful to clarify some main concepts around MS relapses. 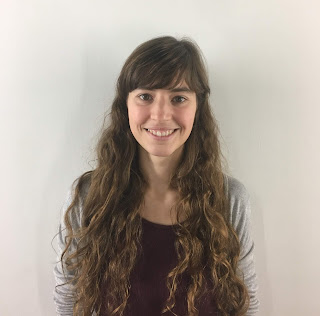 What is a relapse?

Relapses are episodes of relatively sudden onset (over hours or days) new symptoms or worsening of existing MS symptoms. They usually get gradually worse over a period of time, normally a few days. Then, they remain for a period of time and later on (typically after some weeks) the symptoms start to gradually improve, either partially or completely. Relapses reflect disease activity and they must be detected an assessed properly. Steroids are the most common therapy used to treat relapses in order to shorten the symptoms and accelerate the recovery.

There are some considerations that can help us to distinguish real relapses from other conditions:

What kind of symptoms can you notice?

Any MS symptom can be a relapse, but the clue is that they should appear relatively suddenly. You must notice a change from your previous clinical state. For instance, you can notice one or several of these symptoms:

What other conditions can mimic a relapse?

Pseudo-relapse: A pseudo-relapse is a period of clinical worsening that could mimic a relapse but that is not related to disease activity. Pseudorelapses are caused by some intercurrent process such as a fever or an infection. Once this process is reversed you should get better. The most common causes are:

Paroxysmal symptoms: They are neurological signs or symptoms that occur with a sudden onset and a sudden end. They last a short period of time (often seconds), they are usually repetitive and stereotyped (same symptoms repeating themselves with each episode). Some examples of paroxysmal symptoms are Lhermitte’s sign (electric-shocklike sensation down back when bending your neck), trigeminal neuralgia (paroxysms of facial pain), tonic spasms (spasms of the arm and/or legs), dystonia (writing movements of a part of the body), myoclonus (sudden jerking movements), dysarthria (slurred speech).

Progression: It is a slow and progressive worsening of symptoms, over weeks, months or even years. In this case, you could not be able to identify a significative worsening from one week to another. This is indicative of the gradual loss of nerve fibres and function that characterises more advanced or progressive MS.

I hope this post has helped better understand your disease and clarify some doubts that can come up quite often.