As if this wasn’t confusing enough, the last month has seen the
publication of differing advice on alcohol.
Public Health England announced that drinkers should aim for two
consecutive alcohol-free days a week to reduce health problems and improve
well-being. While a massive worldwide study – the largest to date – published
in the prestigious Lancet journal countered that the safest level of alcohol
consumption was… zero. Any amount – no matter how small – carried risks.
So what does this mean for those of us with multiple sclerosis –
already contending with a serious, chronic health condition?
Should we go sober for October, nudge it into November and
onwards? Has the time come for us to pour our favourite tipple down the sink
and join the fifth of British adults who abstain from alcohol, according to the
Office for National Statistics.
Not so fast, says Gavin Giovannoni, Professor of Neurology at
Barts and The London School of Medicine and Dentistry, and himself partial to a
good pinot. Go teetotal if it suits you, but if not, the key is moderation,
moderation, moderation, he says in an interview with Shift.ms.
“I think overall if you have moderate or low alcohol consumption
it’s pretty safe. It’s the excessive alcohol consumption that’s bad for health
in general – and for people with MS.”
And by moderation, Giovannoni means following the UK government
guidelines for women and men and not drinking over 14 units a week or – in
layperson’s terms – no more than a bottle and a half of wine or five pints of
lager every seven days. In addition, he says it is important to have two or
three alcohol-free days a week – and whatever you do – no binge drinking.
Giovannoni points out that not everyone with MS reacts to alcohol
the same way. Depending on how much damage their nervous system has already
sustained, certain MS symptoms – such as issues with speech, cognition and
balance – can become quickly magnified with drinking.
“If someone is very unsteady on their feet and they drink alcohol
it will make those issues worse and put them at risk of falls,” he says.
Drinking can also play havoc with MS fatigue. “When you start drinking
excessively, it disrupts sleep cycles massively. It’s one of the big things I
pick up in my sleep clinic.”
And, of course, alcohol can impact certain MS drugs. In
particular, combining alcohol with anti-spastic medications like baclofen,
pregabalin, gabapentin – can lead to grogginess and dizziness. Drinking while
taking certain anti-depressants can also be a no-no.
Has Giovannoni ever had to tell his patients to cut back on
drinking. “Yep. It’s actually much more common than you realise,” he says. And yes, he means male and female patients
equally.
In light of all these possible red flags, why doesn’t Giovannoni
just tell his MS patients to cut out drinking completely and point them to the
Lancet study? For one thing, he isn’t comfortable with the methodology used in
the paper. Plus he is loathe to envision a society without drinking.
“I don’t think we should take alcohol out of context here… It
helps disinhibit people, makes them more interactive. It’s an anxiolytic: it
relaxes them. A lot of people enjoy drinking alcohol and I think it has
benefits outside of biology that we can’t ignore.”
For better or for worse, he says, alcohol has shaped almost every
single culture throughout history – playing an integral role in celebrations,
religious ceremonies, creativity, friendship and even battle. You might say,
drinking is an integral part of being human. In fact, it might even be part of
being prehuman –  if you believe the
theory of Robert Dudley, author of “The Drunken Monday: Why We Drink and Abuse Alcohol.”
Dudley says our taste for tipple may be a hardwired evolutionary
trait dating from tens of thousands of years ago – when we were mere primates
plucking fermented fruit from the jungle floor and enjoying it. These days, he
says, not much has changed. “We forage for fruits in the jungle and in the
concrete jungle we go down the supermarket aisle.” 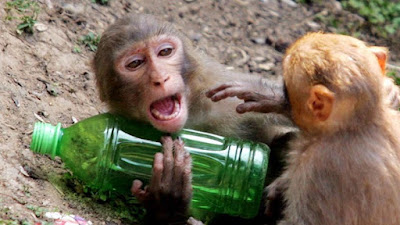 CDIC/Reuters
So what about those on the front line, so to speak? What is the
experience of people with MS when it comes to alcohol? Do they find it a help
or a hindrance?
To find out, I posted a series of questions about alcohol on
Shift.ms – the social network for those with MS. A total of thirty-sex members
replied – between the ages of 27-65. Nineteen were women, seventeen were men.
Some caveats: the survey was not anonymous. Respondents answered
alongside their Shift.ms username – which is linked to their profile. This lack
of privacy might – repeat might – encourage people to be less truthful or
accurate with their answers. The survey was also voluntary. This could have led
the more moderate/teetotal drinkers to respond more compared to heavy/binge
drinkers hesitant to admit to the full amount they consume.
The results: out of the 36 who responded – eight said they
abstained from all alcohol. Of the remaining 28 who still imbibed – sixteen
said they had cut back on drinking due to low tolerance and magnified MS
symptoms, and also general ageing. The remaining twelve opted to continue, saying the pleasure outweighed the pain.
Here are some responses. Some have been lightly edited.
“I like a drink. When I was diagnosed in April my neurologist
told me I drink too much, and I guess she’s right. Before diagnosis I would
easily drink 5 days a week, never to get drunk, just to help unwind after work…
Now I drink less and less often, but I still do it for the relaxation benefits.
Drinking, whether socially or not, has been a part of my life for 20 years. I
enjoy it, so I don’t think I’ll stop anytime soon due to MS.”
Dave, 37, diagnosed
2018, RRMS
“I proper binge drink once a week on a Friday or Saturday. Except
binge drinking for me now is maybe 3 or 4 beers before I’m completely wasted,
where before my tolerance was much higher. I am 100% fatigued the next day to
the point where I can’t keep my eyes open. Why do I keep doing it? Could be as
a coping mechanism, or could just be because I want to enjoy myself with my
friends who are young and disease free?”
NB, 27, diagnosed
2017, RRMS
But not always.
“I was diagnosed two years ago, and I was a social drinker. As my
MS has progressed, my ability to drink has lessened. I’ll have one drink at
home every now and then, but not when I go out. With all the brain buzzing, I
always feel one drink ahead of everyone to begin with. Then I start to feel
more crazy. It’s not worth it anymore.”
Marajade, 41,
diagnosed 2016, RRMS
“I used to be quite a big drinker pre-diagnosis…These days I very
rarely drink, only when I have social situations I can’t avoid (weddings etc.)
to help stop the anxiety attacks. Any more than a couple of pints and I’m wrote
off in bed for a few days, I’m not sure if it’s my MS or just old age, but the
pain outweighs the pleasure these days so I very rarely drink anymore.”
Arbee, 38, diagnosed
2017, RRMS
Eight members no longer drank.
“I used to regularly drink about 7-8 pints of beer on a night
out. Then about three years ago, I realised I was not doing myself any good. So
I stopped. I thought ‘my body already has enough to deal with. Why give it
something else?’”
Chris, 39, diagnosed in 2002, RRMS
“No I don’t drink now! It can throw my balance off, particularly
if more than 1 glass of wine. I’m
glad I’ve quit.”
Rachaellouise, 36, diagnosed 2017, RRMS
Some said alcohol helped them cope with living with MS.
“I drink only at the weekend… Guinness is my self-medication of
choice and ticks all the right boxes. Three bottles of Porter kick starts my
weekend on Friday evening finishing with a can of Guinness (I’m a creature of
habit). For the rest of my extended weekend, we are probably looking at 10 cans
a day. If anything, it makes me feel better as I’m not dwelling on all that’s
wrong with me.”
Markp, 46, diagnosed 2009, SPMS
Drinking definitely makes my MS worse nowadays. The day after
drinking, even little amounts, it switches my nerves and muscles off. All of
that aside I still drink.
Mark, 42, diagnosed 2009 SPMS.
Others said they had no choice but to cut back.
“My body will now only let me drink rose – only 1 glass an
evening, so a bottle (4 glasses) lasts me a week. I usually have a glass every
other day.”
Grandma, 62, diagnosed 25 years ago. RRMS now likely SPMS
“In a social situation I may have 2 small glasses at home. I have
a low tolerance for the alcohol now so one drink is plenty. It definitely has
lost its appeal, the only reason I have it now is to spend time with my
husband.”
Potter, diagnosed
2008, age 41, RRMS
“I only drink on weekends and even then it is one small glass of
red wine, maybe two… I am very cautious about alcohol as it disrupts my sleep
and worsens my cognitive problems.”
Clare, 55, diagnosed
2012, RRMS
I can’t drink anymore it really affects my walking. Don’t get me
wrong I still drink, but only a little and I’ve to use the toilet a lot. I
can’t drink like I used to definitely makes symptoms worse.
Bradydenise, 40, diagnosed 2009, RRMS
While at least one member rued his binge-drinking pre-MS days.
“Due to what’s happened to me (cancer, stroke, PPMS) I’m 99%
booze free… I allow myself one drinking session a month with a very close
friend. When I was drinking, I drank a lot a good Irish malt would last two
days max and Guinness was too easy to drink. If I had one bit of advice for
everyone it would be drink in moderation.”
Guinness, 55, diagnosed 2018, PPMS
Readers – now it’s your turn. What’s your experience with drink?
By Rachel Horne
Happy binge drinker at university and early 20’s. Moderate now…
age and MS. 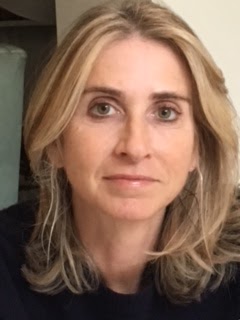 Rachel is a journalist interested in health and women’s issues.
She has an Hons BA from McGill University and a Masters from Columbia
University School of Journalism. Previously she covered international news in
China and financial news for CNN in London. She has MS.