I was teaching (giving some views) to some South American Neurologists last week and I gave a view about the immunopathogenesis of MS.  I had a slide with Th1 and Th17 CD4 cells at the core of MS, which i flipantly said was “Harvard MS”. My audience gave me a good grilling about my outspoken ideas and I thank them for that.


However the ideas remain intact.


Th17 cells produce interleukin 17 thats how they got their name.


However blockade of interleukin 17 in MS is relavively pants and blockade of Th1 and Th17 promoting IL-12 and 23 cytokines is pants in MS. Inhibition of IL-17 inhibited MRI lesion formation less than beta interferon, hardly an amazing effect when other agents can wipe them out.


This could say Th17 in MS is unimportant.

If I am in my anti-T cell mode, I press this point that Th17 are unlikely to be of major importance,

However if I am in my biological mode where B cells do not exisit without T cell help and support, I say the animal data is also pants and I have no idea why the neurologists would waste their time doing a trial on an agent that doesn’t affect EAE.  This is because the IL-17 knockout date is very weak as is the IL-17 neutralising antibody data . 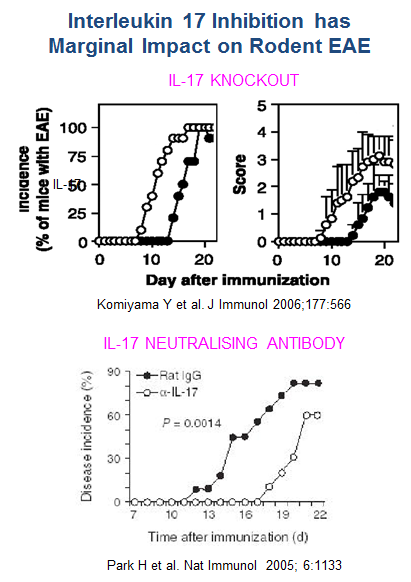 Yep the effect in EAE is pants too.


Time and time again we see this type of effect in EAE and it is reported to be important. Nature, Science and Cell is full of this over-interpreted rubbish. It is not stamped out, because it is the opinion-leaders that are peddling this nonsense.


Yet blinkered neurological T cell immunologists convinced (or should I say deluded) themselves and pharma to plough-on regardless.

We have another cytokine that T cells and this is called Interleukin 9 (IL9). So T cells that produce IL-9 are called Th9 (yawn). They are a new cell type important in MS. 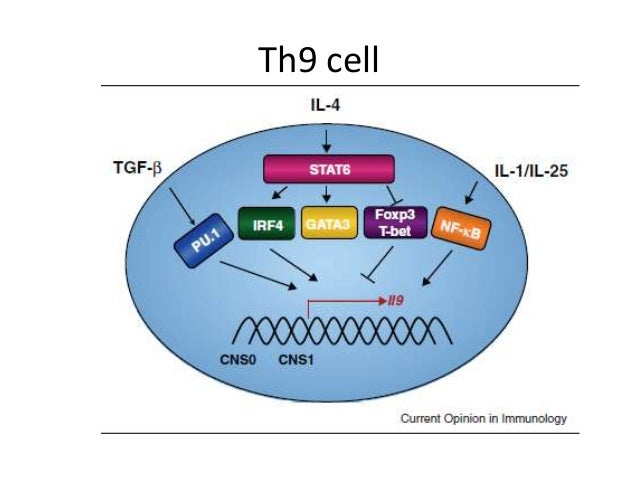 “Interleukin-9 (IL-9) producing CD4+ Th9 cells are a unique subset of effector cells involved in both health and disease. Th9 cells have been associated with protective immunity during parasitic infections with helminths, protozoans and extracellular pathogens, but implicated in disease states such as allergic asthma, atopic dermatitis, food allergy and autoimmune conditions including multiple sclerosis and ulcerative colitis.”


So this says that it is all non-sense as the Th9 is doing too many things and is good at every thing. If it is good at dealing with infection it is unlikely to be bad at causing autoimmunity.

Th9 cells can differentiate either from naive T lymphocytes or by a shift from Th2 cells. Most T cell immunologists now chasing Th17 cells spent years trying to promote Th2, before they gave way to the Tregs.. However Th9 transfer autoimmunity in animals (Malik et al. 2017). and this would mean the approach of making Th2 would not be that sensible.

However when the trial blocking interleukin 9 comes around
Remember , it is pants in EAE too.

It is not always the fault of animal studies, it is the ways that humans interpret them that is the problem