I saw a patient yesterday who was forced to stop fingolimod as she had developed SPMS. She has been activity free on fingolimod for close to 5 years (relapse-free and no new T2 lesions) but had noticed a continued worsening of her gait. Her neurologist at St Elsewhere said that because her MS was now secondary progressive she had to stop taking fingolimod under the current NHS England guidelines. What happened next? 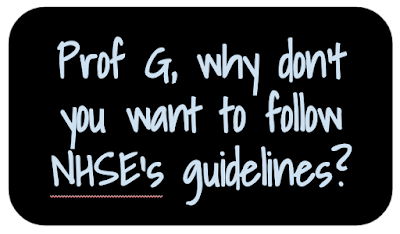 Four months after stopping fingolimod she had a major relapse with cerebellar ataxia (unsteady gait) and bladder problems. In addition, she has developed oscillopsia (jumpy vision) and intention tremor in her hands. As a result of these new disabilities, she is falling on an almost daily basis and has become housebound. I have little doubt that she has had rebound disease activity. My response is to put her back on fingolimod and hope she recovers some of the function she has lost. This is a tragedy.

This patient is now the third patient we have seen in the last few months with rebound on stopping fingolimod.

The danger of stopping drugs that target trafficking of lymphocytes into the CNS (natalizumab) and/or sequester lymphocytes in lymph nodes (fingolimod and other emerging S1P modulators) are well known. The study below describes this phenomenon of rebound that occurs on stopping fingolimod.

I find it fascinating that when you remove the brakes on the immune system and allow the so-called ‘auto-reactive lymphocytes’ the opportunity to recirculate, they enter the CNS and cause disease activity that can be way and beyond what you would have expected, based on baseline levels of disease activity documented before patients started on these therapies. In the case of fingolimod, we have even seen rebound in patients with PPMS who had to stop fingolimod after the negative phase 3 INFORMS trial results. Isn’t it interesting that a DMT, such as fingolimod or for that matter natalizumab, can convert a non-relapsing phenotype into a relapsing phenotype? This is just further evidence that the MS disease classification based on the clinical course is flawed. MS is one and not two or three diseases.


Why we get rebound needs to be studied further. I have proposed the concept of the field hypothesis in the past. Whatever is causing MS is allowed to proliferate and spread in the brain and spinal cord when the immune system is stopped from doing what it is supposed to do; survey the CNS. When the brakes of the immune system are then removed and immune surveillance recommences the cells find the cause of MS and set-up multi-focal inflammatory lesions, i.e. rebound. If I was a betting man I suspect the best brains to study to find the virus that causes MS is the brains collected from people dying of MS on natalizumab or fingolimod who have not had immune reconstitution. The question that is often asked is why then do people on long-term fingolimod and natalizumab don’t develop any problems from the proliferation of whatever is causing MS? I don’t know, but maybe they do we just haven’t looked for it. Or we live unperturbed with the viral cause of MS in our brains provided we don’t mount an immune response to it. A similar thing happens in some people with hepatitis B who have a chronic persistent infection of the liver with no overt liver damage.


The bottom line is if you have MS that is well controlled on fingolimod you may want to consider any decision to simply stop taking it more carefully. I suspect it will be safer to transition onto another DMTs long before the action of fingolimod wears off (~3-4 weeks). The latter is really important for women on fingolimod who are planning to fall pregnant. This may be the place to use an IRT (immune reconstitution therapy). IRTs get the disease under control and are out of the system when the woman wants to fall pregnant.

Another lesson here is that the NHS England stopping criteria are potentially dangerous for individual patients. We need to push back on their implementation or at least randomise these patients into a trial to generate the evidence that we need to convince NHSE to change the criteria. We have proposed the following salavage trials:


IMPORTANCE: The appropriate sequencing of agents with strong immune system effects has become increasingly important. Transitions require careful balance between safety and protection against relapse. The cases presented herein highlight that rebound events after ceasing fingolimod treatment may happen even with short washout periods (4 weeks) and may perpetuate despite steroid treatment or the immediate use of fast-acting immune therapies, such as rituximab.


OBJECTIVE: To describe rebound syndrome in patients with multiple sclerosis (MS) after cessation of fingolimod treatment.


RESULTS: The mean (SD) age of the 5 female patients presented in this case series was 35.2 (6.4) years. Of the 46 patients that stopped fingolimod treatment within the 2-year period, 5 (10.9%) experienced severe relapse 4 to 16 weeks after ceasing fingolimod treatment. Despite varying prior severity of relapsing-remitting course, all participants experienced unexpectedly severe clinical relapses accompanied by drastic increases in new or enhancing lesions seen on magnetic resonance imaging evidenced by a median (range) increase of 9 (0->30) new gadolinium-enhancing lesions and a median (range) of 9 (0->30) new T2 lesions. New lesion development persisted for 3 to 6 months despite treatment with corticosteroids (n = 3) and initiation of B-cell depleting therapy (n = 2). In addition, 11 patients were identified through literature review reported as having severe relapses consistent with a rebound syndrome and similar features to our 5 cases.


CONCLUSIONS AND RELEVANCE: These cases provide evidence for a fingolimod rebound syndrome at a clinically relevant frequency, highlighting the need to determine the best methods for sequencing or discontinuing MS therapies. A large prospective registry or population-based study would be helpful to confirm this rebound phenomenon and to determine contributing factors, including immune biomarkers, that increase risk for this syndrome.

ABSTRACT: Rebound disease following cessation of disease modifying treatment (DMT) has been reported in people with both relapsing and progressive multiple sclerosis (pwRMS, pwPMS) questioning strict separation between these two phenotypes. While licensed DMT is available for pwRMS to counter rebound disease, no such option exists for pwPMS. We report on a pwPMS who developed rebound disease, with 45 Gadolinium-enhancing lesions on T1 weighted MRI brain, within 6 months after fingolimod 0.5 mg/day was stopped. Treatment with a short course of subcutaneous cladribine 60 mg led to effective suppression of inflammatory activity and partial recovery with no short-term safety issues or adverse events.