Who are two of the most original and deep thinkers in the field of MS? 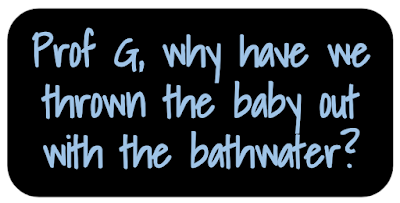 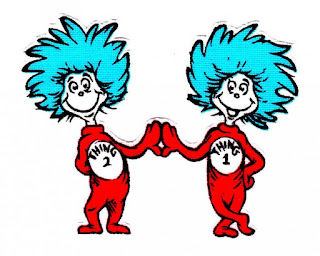 Two of the most original and deep thinkers in the field of MS are my scientific partner David Baker (aka as the MouseDoctor) and Gareth Pryce (aka MouseDoctor2), David’s research assistant. Together they pioneered the field of cannabinoid research in MS. They showed that the CB1 agonist THC, which happens to be the main psychoactive ingredient in cannabis, has both anti-spastic and neuroprotective effects in their animal model of progressive MS. Their work led to the CUPID study below, which unfortunately was negative. Does this mean THC is not neuroprotective in MS?

When you look at the design of the CUPID study wearing rose-coloured spectacles and a new worldview shaped by recent insights, which have surfaced in the last 4-5 years, we think the CUPID study was designed to be negative. Why?
I am not sure if you are aware that in a post-hoc (after the event) analysis of the CUPID trial limiting the analysis to the population with a baseline EDSS < 6.0, THC was shown to significantly delay disease progression on the EDSS. In other words, THC was neuroprotective in this population. We now know that the reason for THC working in this population is based on the length-dependent axonopathy hypothesis. These study subjects had some reserve in their neuronal pathway subserving the legs and hence would report out earlier on the EDDS than the more advanced patients. CUPID would have been positive it had studied a less disabled population.

The great tragedy is that we have thrown out the baby with the bathwater. We think THC is neuroprotective in MS, but because of the trial design, the MS community now thinks it is not. What can we do about it? I propose we do a CUPID-2 study. Only this time it needs to be (1) event-driven, (2) focus on patients with reserve capacity, either EDSS < 6.0 or to use the 9-HPT as the primary outcome and (3) make it a combination therapy trial.


Do you think the MS community has the appetite to do this? We owe it to people with more advanced MS and we owe it MD1 & MD2; they did all this ground-breaking research on THC and CB1-agonists as potential neuroprotective therapies in MS only to have their lives work destroyed by poor trial design.


BACKGROUND: Laboratory evidence has shown that cannabinoids might have a neuroprotective action. We investigated whether oral dronabinol (Δ(9)-tetrahydrocannabinol) might slow the course of progressive multiple sclerosis.

METHODS: In this multicentre, parallel, randomised, double-blind, placebo-controlled study, we recruited patients aged 18-65 years with primary or secondary progressive multiple sclerosis from 27 UK neurology or rehabilitation departments. Patients were randomly assigned (2:1) to receive dronabinol or placebo for 36 months; randomisation was by stochastic minimisation, using a computer-generated randomisation sequence, balanced according to expanded disability status scale (EDSS) score, centre, and disease type. Maximum dose was 28 mg per day, titrated against bodyweight and adverse effects. Primary outcomes were EDSS score progression (masked assessor, time to progression of ≥1 point from a baseline score of 4·0-5·0 or ≥0·5 points from a baseline score of ≥5·5, confirmed after 6 months) and change from baseline in the physical impact subscale of the 29-item multiple sclerosis impact scale (MSIS-29-PHYS). All patients who received at least one dose of study drug were included in the intention-to-treat analyses. This trial is registered as an International Standard Randomised Controlled Trial (ISRCTN 62942668).