Merry Christmas everyone, and Happy holidays 😊 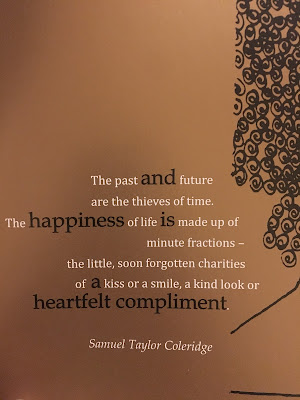 Whilst, writing today’s blog post I find myself fortunate to be able to look back and say MS has come leaps and bounds over the last ten years, and looking ahead we stand at the cusp of an increasing number of clinical trials targeting progressive MS. Scientists and doctors have worked hard to improve the sensitivity of our diagnostic tests and we now understand more about the biology and the multitude of interactions that occur to trigger it than ever before.

So why have I picked this of all topics today to blog about on this important day? Not because I want to have a bit of a moan, but rather to point out that as we march ahead, we need to drop those interventions that have outlived their sell by date and provide no additional useful clinical information for our practice, beyond that of sentimentality. Adding contrast to MRI head scans to look for lesion activity, is one such example, but an important one – as it is becoming increasingly apparent that gadolinium compounds may deposit in the brain after administration (click to review an earlier blog on this topic).

This article due to be published in Neurology, Neuroimmunology & Neuroinflammation, and again raises our awareness of this problem:

Gadolinium in human brain sections and colocalization with other elements.

They compared two autopsy sections of the cerebellum area (where greater deposits of gadolinium have been noted in the dentate nucleus of the cerebellum) from two patients compared to an age-matched patient without gadolinium administration. The first was a woman, aged 65, who died of sepsis and endocarditis (infection of the heart valves) and who had MRI with macrocyclic contrast two times, the last of which was 2 weeks before death, and the second was a man, aged 63, who died of pneumonia and heart failure, who underwent MRI scans  with macrocyclic contrast 9 weeks, 22 weeks, and 25 weeks before death.

Gadolinium signal was detected in the first person’s tissue in the dentate nucleus and cerebellar cortex and co-localised with iron, copper, zinc and phosphorous (see figure below). The second person, who received gadolinium four weeks before the assessment showed lower gadolinium signal than the first person, suggesting that there is a time-dependent excretion of the compound from the brain. Quantification studies showed that the amount of gadolinium in the tissues was 36 and 2ng/gram of brain tissue in the two patients, respectively.  Although, this work doesn’t convincingly provide evidence that gadolinium from macrocyclic contrast agents also deposit in the brain and are not washed out over time, it does raise concerns that there may be some deposition taking place over a limited period. 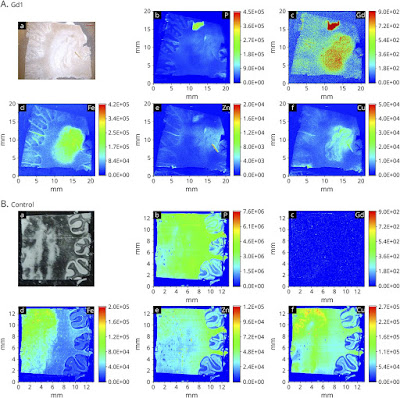 Figure: Representative images of the cerebellum of patient Gd1 who received Gadovist 2 weeks before death and the control patient

Patient
Gd1 (A) and control patient (B): (a) Light image of a paraffin-embedded
section through the cerebellum. (b–f) element distribution
maps of phosphorus (P), gadolinium (Gd), iron (Fe), zinc (Zn), and
copper (Cu). Although the P signal is less in the Gd1 image compared
with the control, the relative intensities show clearly different
concentrations of P among the section. In the control image, the signal
is higher because of superior instruments settings but shows a uniform
distribution of P with no “hotspot” as in Gd1.

No long-terms adverse effects have been reported that are directly attributable to gadolinium administration in brain imaging studies. However, since we are now repeating them on an yearly basis, we should re-consider our blanket scanning protocols to administer contrast with every scan. If you haven’t discussed this already in your teams, make it the first thing in your agenda when you return to work.

A Merry Christmas and Happy holidays, my heartfelt compliment.